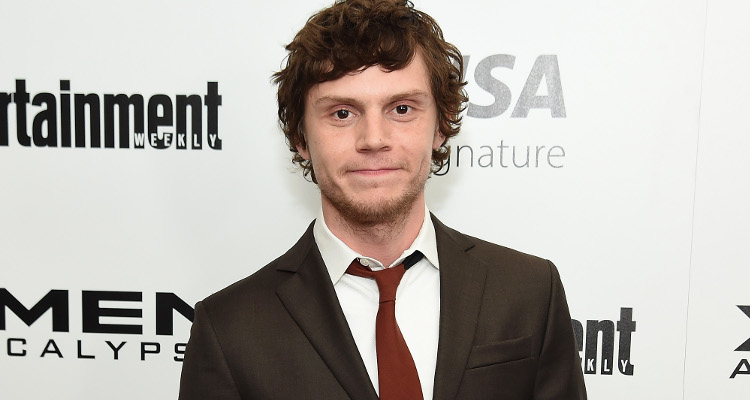 Being in a relationship sometimes means making sacrifices, which includes doing things your partner wants you to do, even if you, well, don’t. And why would that change if you’re famous? Luckily for actor Evan Peters, what he has to do could be a lot worse!

Despite playing super-speedster Quicksilver in the X-Men films, Peters couldn’t run away from what his girlfriend likes to do at least once a week: watch The Bachelor! And while he couldn’t put into words exactly how watching the show makes him feel, The Bachelor essentially did his job for him!

He posted a clip from the show to Instagram, showing shocked female contestant Olivia Caridi with her mouth wide open, not closing it at all during the few seconds of the clip, with Peters’ laugh closing the video out. It was Peters’ caption for the video that really said it all: “How I feel on the inside when my girlfriend ‘forces’ me to watch #thebachelor.” A lot of guys—and probably a few women—can surely empathize!

For those who share Evan Peters’ opinion of The Bachelor, it turns out that Olivia Caridi’s open-mouth reaction has become popular with the Internet, because it’s apparently become like her trademark. People have created hilarious memes featuring her wide-mouthed reaction, showing her reaction to various things and comparing her to other wide-mouthed creatures, including a shark, a frilled dragon, and Patrick from SpongeBob SquarePants.

It’s a safe bet, judging by the reaction, that most of the people commenting on Evan Peters’ post are women, because most didn’t even comment on the video. Instead, they were more enamored with Evan Peters’ laugh at the end of the clip, with posts like, “his. laugh. at. the. end. hotter. than. hot. Shit [sic],” presumably summing up pretty well what many people were thinking. Others were less excited, upset even, to learn that he has a girlfriend.

Interestingly, the mention of a “girlfriend” seems to confirm what the celebrity rumor mill has been suspecting for the past couple months now—that Peters has officially rekindled his relationship with Emma Roberts. The celebrity couple got engaged in 2013, but broke it off in June 2015. A few months later, Roberts and Peters were spotted holding hands, sparking rumors that they had gotten back together. However, if Evan Peters’ recent Instagram post and the reference to his “girlfriend” (as opposed to “fiancée”) are any indication, it looks like they’re taking things slow and waiting before moving ahead with their marriage plans, at least for the time being.