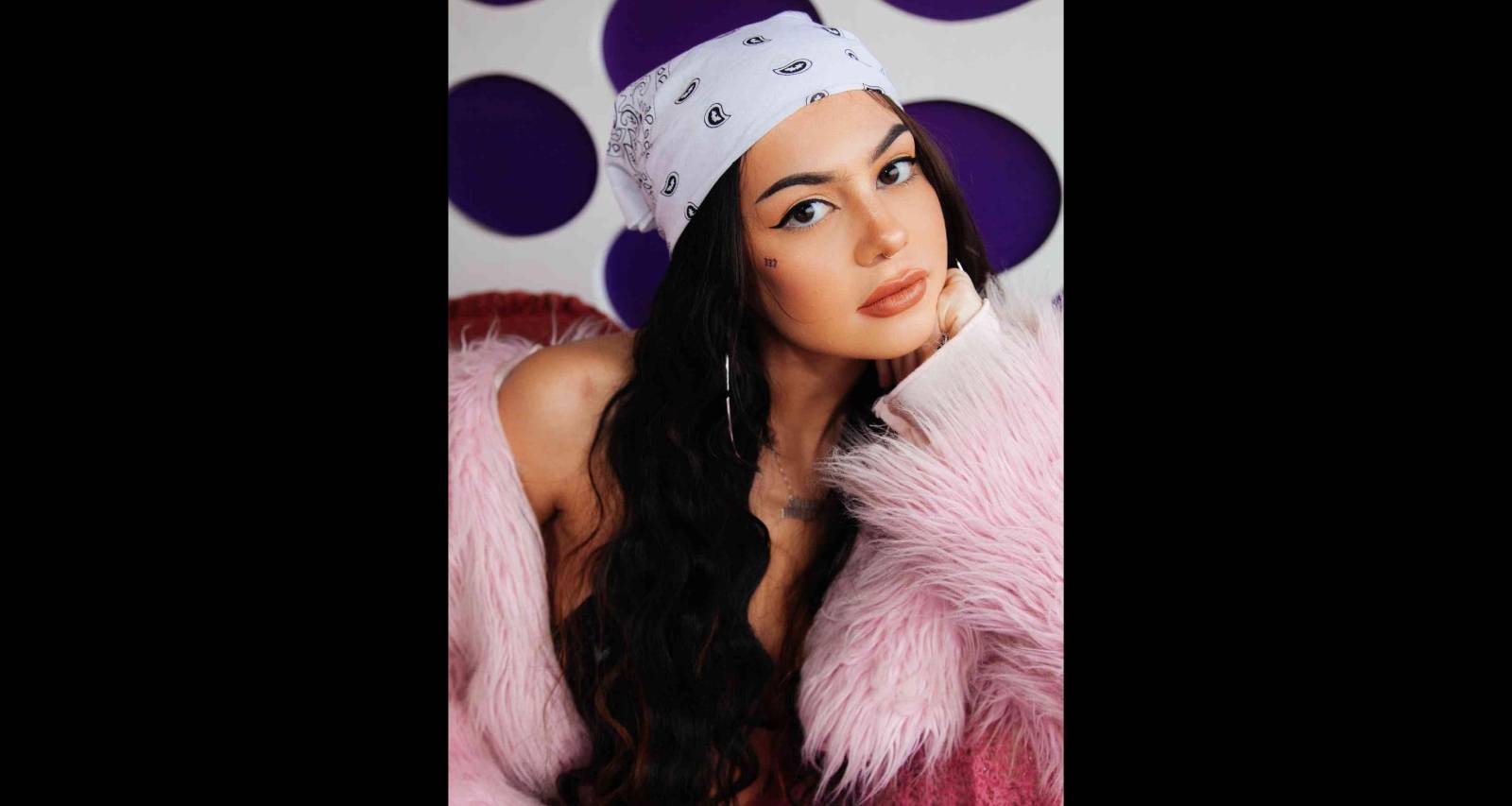 Almondmilkhunni has been on a spree of dropping addictive bops, starting with her viral hit “Grapefruit” and following it with “Henni Heartbreak.” The singer-songwriter turned a breakup into inspiration for her debut self-titled EP that was released in 2020. And since we can’t get enough good music during quarantine, she is treating us to a new single, “Cherry ft. Flo Milli,” this month.

While she quarantines in her native Philadelphia, Almondmilkhunni corresponded with us about her musical journey. The songstress switched tracks, from a legal/political career to music (yay for us!). And she is not only gifting us music while we are cooped up in our homes, but also keeping our spirits up with her positivity.

Song You Can’t Stop Listening to: Really into anything Grimes lately 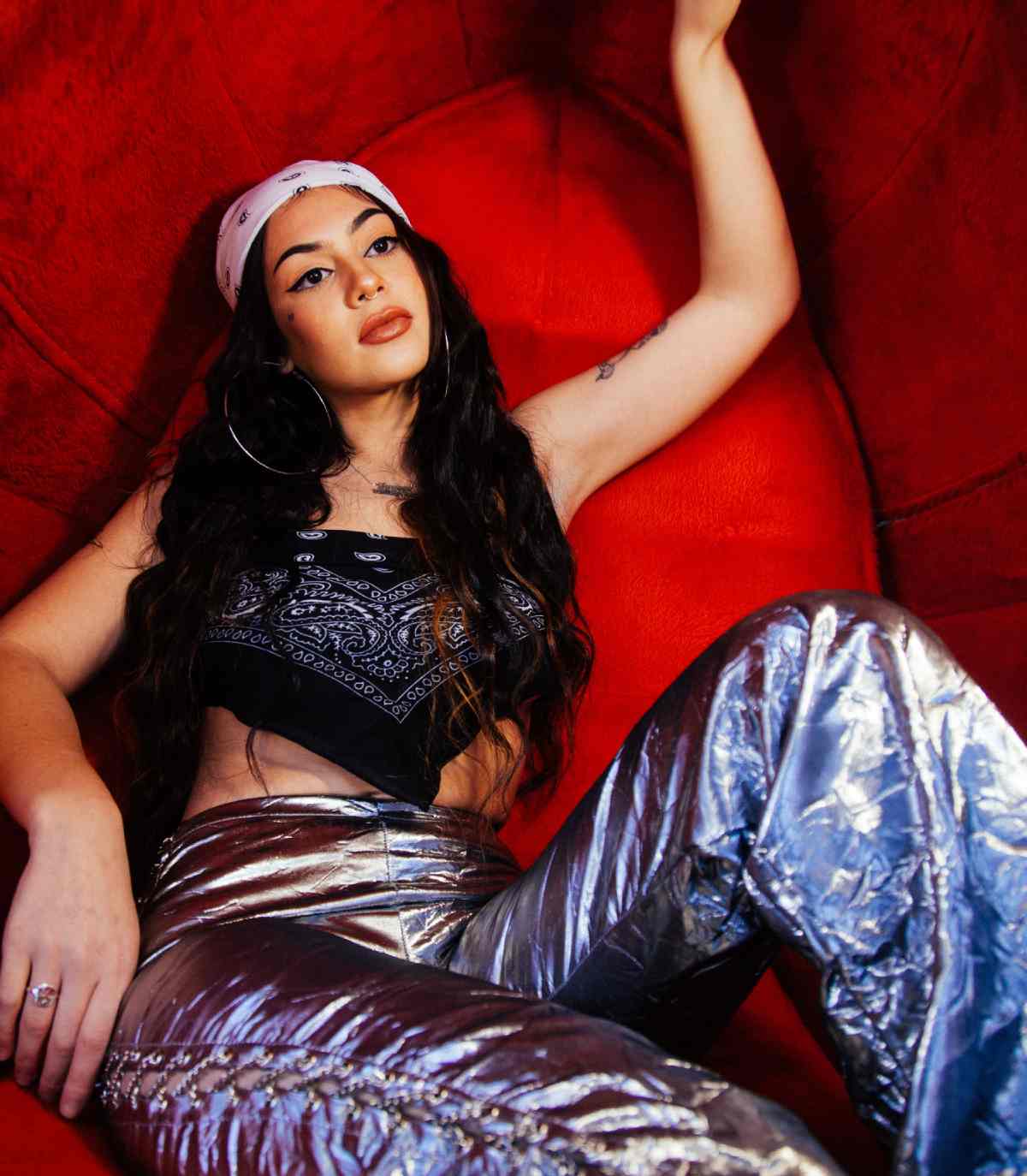 Earn The Necklace: We know your music origins are in church choir. But when did the dream to go pro start?

Almondmilkhunni: Deciding to do music full time came around September of 2019 once I began getting more serious with my label and making music with them.

ETN: Is there a specific producer who recognized your potential?

Almondmilkhunni: My producers on almost all of my songs are in a group called OneMind, and I mostly work with Mac and Seb from that group. They’ve been such good energy from the start and have definitely always encouraged and pushed me.

ETN: What was getting your first record deal even like?

Almondmilkhunni: It was just surreal for me to be taken so seriously so quickly. And it was eye-opening that people saw so much potential in me.

ETN: There were some glitches before you could debut with “Grapefruit.” Could you tell us about that?

Almondmilkhunni: We just had a lot of technical issues and our hard drive crashed and we lost the whole song, so I had to record the track in its entirety about 3 times. But all in all, it ended up OK!

ETN: What’s your song-writing process? And what’re the stories behind “Henni Heartbreak” and “Bandana?”

Almondmilkhunni: “Henni Heartbreak” was written literally the morning after I saw the person who that song is about for the last time, so writing that song was really easy because it was coming off of fresh emotion. And I wrote “Bandana” with my writer, Jade Mckenzie. We were just having fun with writing that song.

ETN: Give us some insight into your life. Was your Latino culture a big part of your life growing up?

Almondmilkhunni: We were never super involved with my mom’s side of the family, so I mostly grew up with my father’s Dominican culture. It was definitely a big part of life growing up, and I’m super proud of it.

ETN: What kind of student were you?

Almondmilkhunni: I always loved learning and reading, but I would admit that I took in a lot more information than I showed. I was very into my political science and law classes, but any other subjects were hard for me to do well in because I didn’t care as much about them.

ETN: What’s the best part of growing up in Philly?

ETN: How does your family feel about your current music?

Almondmilkhunni: They love my music, which is cool.

ETN: Are you still considering a political career?

Almondmilkhunni: Definitely not, but maybe some political philanthropy in my future.

ETN: Who are your musical inspirations?

Almondmilkhunni: I listened to mostly whatever my mom listened to growing up, which was a lot of Usher, Ginuwine, Aaliyah, and other R&B artists.

ETN: What’s it like having Lil Yachty’s stamp of approval? Any other famous names liking your music?

Almondmilkhunni: It’s pretty sick. Having worked with Yung Gravy and Dounia along with Lil Aaron and Evander Griiim has been crazy for me. I also have the “Cherry ft. Flo Milli” Remix coming out this month, and having her on the song is so cool.

ETN: You’re an advocate for some very important causes. Tell us more.

Almondmilkhunni: I’m mostly an outspoken figure for sex workers and women in general. I have also been involved in anti police brutality protests and discourse.

ETN: What kind of role model do you hope to be for your fans?

Almondmilkhunni: I just want to be myself so much that it inspires other people to care less about societal standards and just learn to love themselves and embrace their authentic self.

ETN: Any plan to expand into areas other than music? Perhaps fashion or acting?

Almondmilkhunni: I really want to get into songwriting for other people at the moment, so I’ve been writing a ton. I would also love to start a side project under a different alias for bedroom pop/alternative indie music, because that’s a whole genre I love to make music in.

ETN: What are your plans for the future? (Live performances, tours, album, etc.)

Almondmilkhunni: As of now, I’m just rolling the dice every day and allowing what’s meant to happen to happen. It’s hard to plan anything around coronavirus so I’m just seeing what happens, because health is most important. But I can’t wait to keep creating. So, for right now, the plan is to just continue putting out new music. I am definitely focused on starting an album this summer!

ETN: Any particular artist you NEED to collaborate with?

Almondmilkhunni: For me, going as far as I can with music, taking care of my family so they can just enjoy life without worrying about working, and having a house for all of us to live in. Being happy and enjoying the life you live is really the only dream that matters.