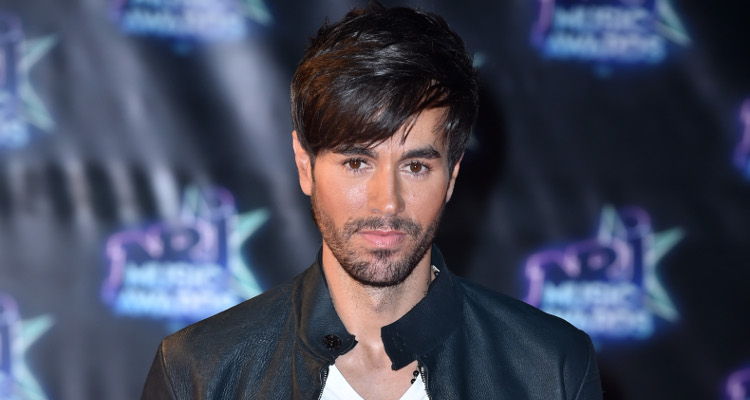 Latin pop star Enrique Iglesias has been missing from the spotlight for a while, but the star constantly keeps his fans updated on his whereabouts and what he has been up to via social media. The most recent snap the 39-year-old shared was that of himself shooting for a Lays commercial!

Iglesias first wrote in Spanish and then translated to English, “Just finished the new campaign for #lays [sic].” The post he shared was that of him holding a packet of chips in his hand while flashing his signature sultry expression. Fans were completely in awe of the Grammy-winning artist despite the photo’s simplicity.

They left various comments on the post on Facebook, Instagram and Twitter that only showed how deserving Iglesias is to be where he is today. Some included, “#lays? Omg another commercial im dead [sic],” “How is that that you look MUCH MORE AWESOME EVERY YEAR?! [sic].” One rather cheeky fan tagged a friend on Instagram and said, “Which one do you wanna eat [sic].” Good question!

Meanwhile, in the wake of legendary musician David Bowie’s death, Iglesias earlier shared a touching message on Twitter. “You are gone too soon. Your music will continue to inspire for generations to come. Rest in peace @DavidBowieReal,” he wrote.

You are gone too soon. Your music will continue to inspire for generations to come. Rest in peace @DavidBowieReal pic.twitter.com/IW5fecZJ3j

However, things are looking up for the music world as there is news that Iglesias will be releasing his 11th studio album sometime this year. After Sex and Love which launched back in 2014, “El Perdón”- “Forgiveness” was released last July in collaboration with Nicky Jam.

Rumor also has it that One Direction’s Liam Payne is keen on working with Iglesias! What with the British pop band’s hiatus in 2016, there is a high possibility of this becoming a reality, however there is no confirmation about it. But Iglesias was sighted hanging out with another member of the band, Niall Horan at iHeart Radio a couple of months ago. More importantly, the Latin artist announced that he will be answering fan questions this Thursday via his Starclub application at 3 pm EST. Given how desperate we all are for a new album from Iglesias, the singer is sure to update everyone on whether or not we will be listening to new Enrique Iglesias music anytime soon!

This Thursday I’ll be on my Starclub app answering your questions! Go here: https://t.co/m6DFDhF9Fi on January 14th @ 3PM EST to join in.