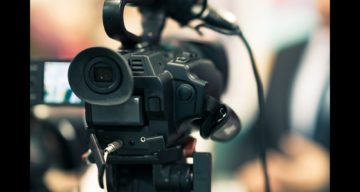 KMOV viewers received some disappointing news at the start of this week. St. Louis’ favorite anchor, Emma Hogg, announced she is leaving the CBS affiliate in August 2021. Her statement obviously led to many questions from fans. They want to know why Emma Hogg is leaving KMOV, where is she going next, and if she will be on television again. Fortunately for her fans, she answered most questions on her official social media pages. Here’s what the journalist had to say about her departure from KMOV.

Emma Hogg earned her degree in broadcast journalism from the University of Kansas in 2016, and quickly began a career in front of the camera. Starting as a morning anchor for the university television station, she went on to produce, report, and anchor for KUJH In Lawrence, Kansas.

Soon after college and her initial experience at Kansas, Hogg came to Iowa. She was a multimedia journalist at KWQC for two years before moving to St. Louis, Missouri.

Hogg joined Meredith Corporation as the weekday general assignment reporter at KMOV in 2018. What was supposed to be a two-year contract was extended to over three years, due to Hogg’s immense popularity in St. Louis.

However, Hogg is now stepping back from broadcast after half a decade. She announced on her social media pages on August 17 that she will be leaving KMOV and television news in August 2021. Her last day on air was set for August 19.

She thanked viewers and her colleagues for their love and support. As some speculate, she is not leaving on a bitter note. Hogg is simply moving on to the next opportunity.

Good news is, Hogg is staying in St. Louis, and locals can probably still catch a glimpse of her out and about.

Hogg is instead joining SSM Health as a marketing and communications senior consultant at the end of August.

While her fans are sad that she won’t be on broadcast anymore, they wish her well in her next job.