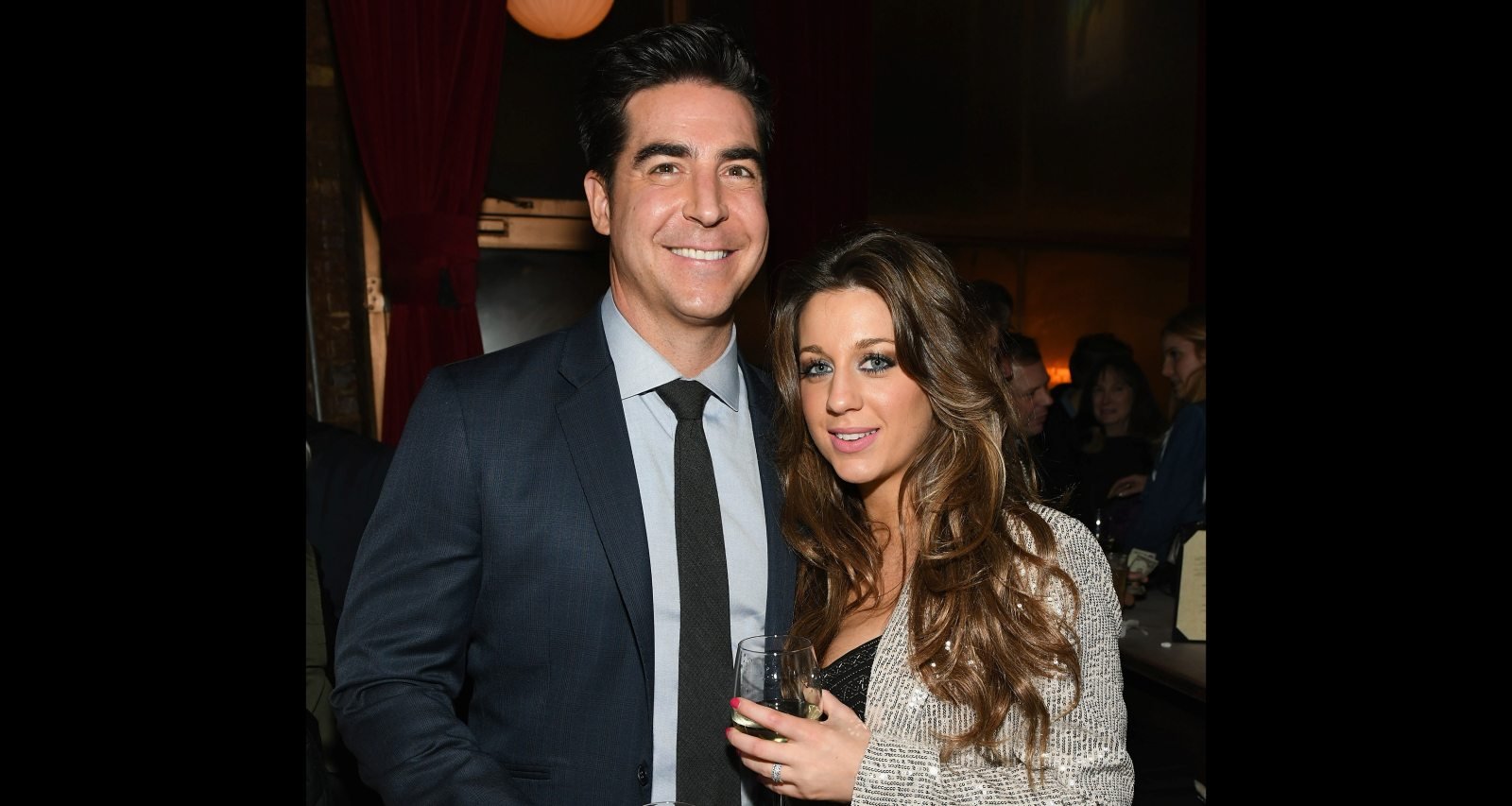 Emma DiGiovine’s relationship with Fox News anchor Jesse Watters had a dramatic start. Watters was cheating on his now-ex wife, Noelle Watters, with DiGiovine before they divorced. Less than a year later, Watters and DiGiovine tied the knot. The couple is now expecting their first child together and going strong. This Emma Watters wiki reveals more about Jesse Watters wife.

Emma DiGiovine was born on June 1, 1992 and is a native of Cranford, New Jersey. She is the younger of two children born to Greg and Janice DiGiovine.

Emma’s brother, Greg DiGiovine Jr., was a soccer player at Quinnipiac University. He currently works at an energy marketing and trading business.

After completing her early education in New Jersey, the former ballet dancer attended Fairfield University.
DiGiovine graduated from Fairfield with a bachelor’s degree in journalism. She maintained a 3.8 GPA, was a member of the Honors Program, was part of the Fairfield University Dance Ensemble.

Around the time she was an intern at Showtime and working for the Fairfield University Student Association, DiGiovine ventured into modeling with MSA Models. Some of her clients included major brands like Tommy Hilfiger and Macy’s.

DiGiovine’s initial foray into journalism began with Fairfield University’s newspaper, The Mirror. She went on to work as an assistant editor at Wainscot Media, where she covered everything from luxury and health to lifestyle and digital trends. She was a contributor for Elite Daily until 2016.

In 2015, DiGiovine joined Fox News as a production assistant for Stossel. Among her long list of responsibilities, she was also anchor John Stossel’s personal assistant.

After more than a year at Stossel, she moved to Watters World as an associate producer. While working with Jesse Watters, she produced some of the series’ most popular broadcasts.

DiGiovine’s most famous broadcasts to date include the March 2017 presidential sit-down, a shoot in Air Force One, Trump’s inauguration, and a lot more.

Emma Watters left Fox News in 2018. Since the pandemic has kept many at home, she has been sharing her fitness routines on Instagram and slowly returning to her fitness modeling career.

New York Daily News was the first to report that Jesse Watters and his wife, Noelle Watters, were divorcing. Noelle Watters reportedly filed for divorce in October 2017, after she learned of her husband’s affair with DiGiovine.

Jesse and Noelle Watters met when she was working in Fox News, too. She didn’t return to work after giving birth to their daughters in 2011.

According to the report, Watters and DiGiovine informed the network about their relationship shortly after Noelle Watters filed for divorce. They told the human resources department that the relationship was consensual.

As soon as Fox learned of their affair, management met with both parties and decided to transfer DiGiovine out of Watters World. According to reports, she was moved to The Ingraham Angle while she continued her relationship with Watters.

DiGiovine and Watters married in December 2019 in Naples, Florida. The Fox News anchor announced his marriage the following month on social media. Donald Trump Jr., Kimberly Guilfoyle, and Eric and Lara Trump were special guests at the wedding.

Watters is currently pregnant with their first child (Jesse’s third). They are reportedly expecting a son.

We are expecting a baby boy this spring! We are so excited!! Thank you so much for all the well wishes and thank you Fox for this sweet celebration💙👦🏻🍼