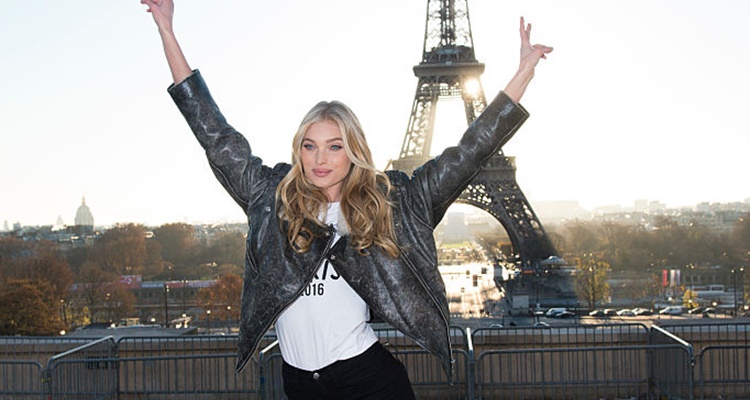 Elsa Hosk is a well-known face in the modeling industry. If you don’t know anything about her then you should keep reading, as we have compiled a list of interesting facts about the beautiful model in our Elsa Hosk wiki!

Elsa Anna Sofie Hosk was born in Stockholm, Sweden. How old is Elsa Hosk? The beautiful Victoria’s Secret Angel celebrated her 28th birthday on November 7. Hosk started her modeling career right after high school, but had some experience beforehand. When she was 13, her father contacted modeling agencies in Sweden and submitted her photographs.

Her first modeling gig was when she was only 14 years old. After graduating from high school, Hosk joined the Swedish Women’s Basketball League. Two years later, she decided to go all-in and moved to New York to pursue her interest in the world of modeling. According to models.com, Hosk is ranked as number 15 on their Top Sexiest Models list!

Elsa Hosk’s Net Worth is Estimated to be $1.5 Million

Victoria’s Secret Angel Elsa Hosk’s net worth is calculated to be around $1.5 million.

This is due to her short-lived career in basketball, as well several ad campaigns she did for companies like Guess, as well as her time as a Victoria’s Secret Angel.

Elsa’s Hosk’s father, Pål Hosk is Swedish and her mother, Marja Hosk is Finnish. Her cousin, Alice Herbst is a former Swedish model. Hosk also has two siblings and is currently in a relationship with entrepreneur, Tom Daly.

Hosk was once in a relationship with Swedish songwriter, Andreas Kleerup. They dated in 2008 but ended their relationship in 2012. It has also been rumored that Hosk dated Canadian actor, Chad Faust.

Hosk walked in the 2014 Victoria’s Secret Fashion Show, where she accidentally hit singer Ariana Grande with her wing!

Elsa Hosk and Her Career with Victoria’s Secret

After she moved to New York City, Hosk’s modeling agency sent her to a Victoria’s Secret Pink audition. She bagged the gig and has worked with Pink for almost three years!

Apart from her interest in basketball, Hosk likes kickboxing, pilates, spinning, and barre classes. Her diet regime consists of good, well-balanced, healthy meals. She also has a light work-out every day. Meditation, naps, and face masks help calm her mind and rejuvenate her skin, in order to prepare her for any show.

As the Victoria’s Secret Fashion Show nears, the models are preparing themselves for the big day by eating the right foods, and going through intense workout regimes, all while trying to have a little bit of fun in Paris. The show will air on December 5th, so don’t miss out!