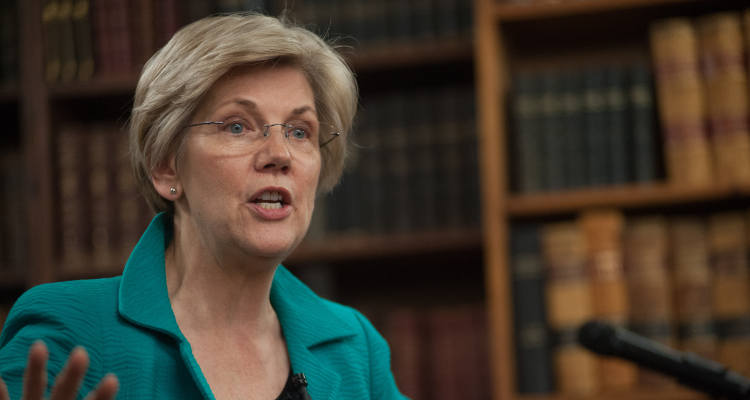 Here are five facts to know about the Democratic United States Senator from Massachusetts:

She is a former Law Professor

The 67-year-old Senator is from Oklahoma and has 30 years of experience as a law professor. She spent 20 years as Leo Gottlieb Professor of Law at Harvard Law School. She taught commercial law, bankruptcy, and contracts. Besides her teaching career, Warren also wrote ten books and over a hundred articles. She is an active consumer protection advocate.

She is a Senator from Massachusetts

A first-time candidate, Warren was elected from Massachusetts to become a Senator. She was the first woman to be elected from Massachusetts and fought for women’s rights and financial reforms. She is the unofficial voice of the party and now has many supporters after speaking out against GOP presidential nominee, Donald Trump. Her war of words with him garnered a lot of media attention. She referred to him as a “small insecure money grabber,” and called him a “loser.” Warren endorsed Hillary Clinton at the Democratic National Convention (DNC).

She is Married to Her Second Husband

Warren’s first husband was her childhood sweetheart Jim Warren, a NASA engineer. The couple had two children, Amelia and Alexander, but divorced in 1978. Now, Warren is a grandmother to Amelia’s three children. Amelia is married to an Indian film producer, Sushil Tyagi. In 1980, Warren married a fellow professor at Harvard Law School and historian, Bruce Mann, but did not have any children with him.

She Claimed to Have Native American Ancestry

Warren has been dogged by allegations that she lied about her Native American ancestry to get ahead professionally during her time at Harvard. Her opponent during the Senate race in 2012, Scott Brown, criticized her at the time demanding her release of her personal records. GOP presidential candidate and real estate mogul Donald Trump questioned her claims on Twitter and called her “goofy.”

Goofy Elizabeth Warren, Hillary Clinton’s flunky, has a career that is totally based on a lie. She is not Native American.

TIME magazine listed Elizabeth Warren in 100 Most Influential People of 2015. Her net worth is estimated to be $14.5 million, including her $5 million home, retirement fund, and salaries. As a Senator, she now rakes in a salary of $174,000 and as a Harvard professor, she earned a salary of $430,000 every year. Her additional income comes from her book royalties and advances. Warren has co-authored books like Two-Income Trap: Why Middle-Class Mothers and Fathers Are Going Broke, and A Fighting Chance. She is a frequent guest on talk shows like The Daily Show and Dr. Phil.