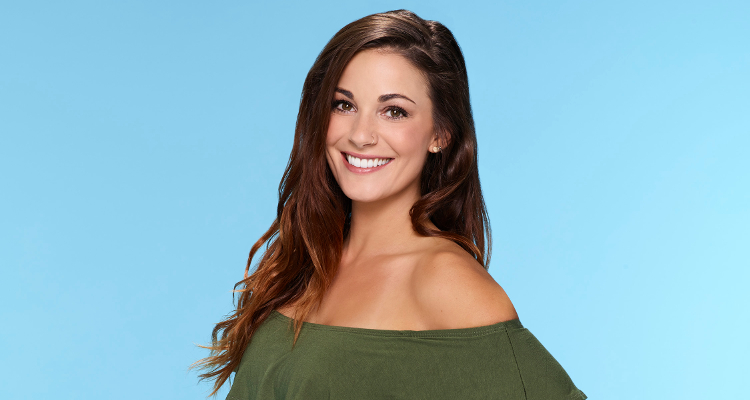 Elizabeth “Liz” Sandoz is a beautiful woman with a zest for life. She travels all around the world, indulges in adventure sports and helps abused women and children rebuild their lives. She is the mysterious woman from Nick Viall’s past who will confront him with their intimate secret.

There isn’t a man who would not want to be in Nick Viall’s shoes. Nick Viall is the man who gets to choose his bride-to-be from a pool of 22 beautiful women on the hit reality TV show, The Bachelor 2017. Viall is in an enviable but tough position, where he has to choose one of 22 gorgeous women to potentially walk down the aisle with. One woman who has a strong chance of being that lucky person is Elizabeth “Liz” Sandoz, who made a stunning confession about herself on the show. After seeing Elizabeth “Liz” Sandoz on The Bachelor, people are very keen to know more about her. Don’t worry, we’ve got all the details from Elizabeth “Liz” Sandoz’s wiki that you need right here!

Crossing bridges in #Medellin literally and metaphorically. This #adventure only prepared me for the next chapter I am about to embark on. Beyond blessed and excited to continue to step forward and take action in my life. Blog will be posted soon! #Colombia #solotravel #blogger #glt #untamed #aromancedlife

Sandoz is currently living in Las Vegas, where she works as a “doula.” A “doula” is a woman who gives support, help, and advice to other woman during the pregnancy and the birth. Sometimes she provides support for the family even after the baby is born. She also works at a shelter for abused women and children. Sandoz is also a travel blogger and life coach, who loves to explore the world. She supports and works as a volunteer for Project Future Light. This project works to raise money to rebuild an orphanage in Maesot, Thailand. Since her formal introduction on Monday night’s premiere, people are asking, “Where is Liz from The Bachelor from?” Sandoz is from Scottsbluff, Nebraska.

I filled these bags with fruit and hopped on my rented bike to go see the kids. As I rode down the street, the bags ripped open and fruit began to fall out. I rode a little ways before noticing one bag was empty. I slammed on my breaks and turned around to see two monks behind me gathering all of the fruit to place back in my basket. They placed their hands together and bowed at the waist when handed what had been gathered. I mirrored their actions and kept saying thank you in Thai. What a beautiful memory I have of that day. Next week, I can’t wait to fill baskets up once again and see the smiling faces I miss so much and so begins Project Future Light #Thailand #LoveDoes #CreateaLifeWorthLiving #BeTheChange #aromancedlife #glt #travelblogger

Sandoz is a 2005 graduate of Scottsbluff Senior High School. Later, she attended the College of Southern Nevada and is currently self-employed. She has started her own business called EJ Sandoz Coaching & Consulting LLC. Sandoz has her own blog called, “A Romanced Life,” on which she has written about her hometown. She writes, “I come from a small town, but my dreams to discover and connect with the world around me have been a lifelong motivation. They have led me towards my journey of travel and discovery.”

Sandoz is 5’4” tall and loves getting tattoos on her body. Currently, she has tattoos of a fish, a flower, an arrow, a tree, a saying and a star on her body. Her favorite movies are Man On Fire, Bridesmaids and Brokedown Palace. Sandoz says that she cannot live without coconut oil, floss, music, fresh air and her Bible. She believes that her greatest achievement to date has been helping her sister give birth to her niece named Grace. She was the “doula” during this birth, and she cut the baby’s umbilical cord.

Sandoz loves music and is an unabashed fan of Justin Bieber! She admits that she is not at all embarrassed by being a Belieber. She hates the sport of golf because according to her, it is boring and angers her. Sandoz says that she would love to be a grape because then she would get better with age.

Elizabeth “Liz” Sandoz’s Instagram account is full of pictures of her in different parts of the world. She is seen taking part in adventure sports and being in picturesque locales around the world. There are Elizabeth “Liz” Sandoz’s pics in which she is seen with the locals of the place where she is visiting. There are also amazing shots of the natural beauty of the places she has visited. It is obvious that Sandoz takes her ambition to be a world traveler very seriously.

On The Bachelor, when Sandoz met Viall, she had an ace up her sleeve. Earlier in the episode, she had confessed that she and Viall had met once at her best friend’s wedding. Sandoz was the maid of honor at her friend’s wedding, and she had hooked up with Viall after the wedding! In a happy milieu of wine and food, things got out of hand and Sandoz and Viall had a one night stand. They parted ways later that night, after Sandoz has denied Viall her phone number! Now, Sandoz wanted to see if Viall would remember her from that night.

A Connection is Made

When she came across Viall, he complimented her on her choice of dress, but it appeared as if he could not remember seeing her before. However, Sandoz remembered that night of passion and said, “Before tonight, I actually met Nick…and there definitely was a connection and chemistry and we had sex. It was just a fun night.” When Sandoz was asked about Viall not recognizing her, she said “So that made me feel like he doesn’t know who I am, and I kind of like that, I like a little mystery. I can’t wait to refresh his memory a little bit.”

#Life is about #facingfears. I put this on and decided I’d rather #jump off a cliff (literally) than in the water with this on my face. I guess I better look for some cliffs in #Colombia I’ll face the water with this one day again! #bucketlist #Cartagena #ocean #traveltherapy #snorkeling #aromancedlife

Now, the brunette beauty from Las Vegas is one of the 22 women who has moved into the second round and will be hoping that Viall jogs his memory and remembers the steamy night they spent together! It is rare to see a combination of beauty, brains, and boldness, but Elizabeth “Liz” Sandoz is one such woman. When Sandoz appears on The Bachelor on Monday, January 9, 2017, the whole country will be watching her. Will she win Viall’s heart, only time will tell!