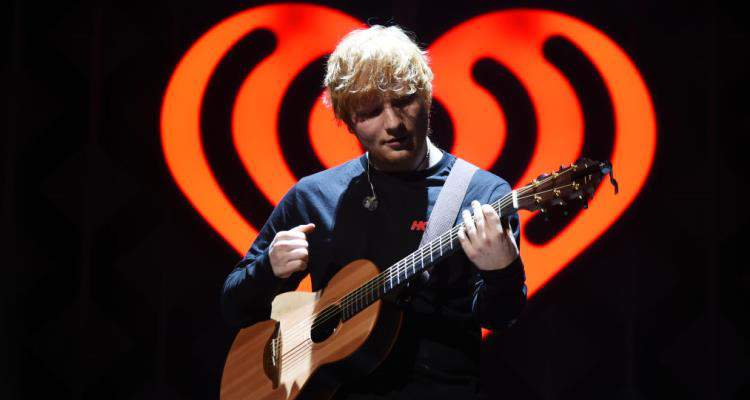 Is Ed Sheeran releasing a new album in 2018? If so, what will Ed Sheeran’s new songs in 2018 sound like? He’s been working hard in the studio and has already released some killer collaborations. So, what can we expect from our favorite ginger Brit? Keep reading to find out what he’s up to this year!

It’s pretty obvious that 2018 is going to be a stellar year for Ed Sheeran as the English pop superstar gears up for a busy couple months of touring—and wedding planning! Amidst the tremendous success of his last album entitled Divide, which was released in December of 2017, Sheeran also recently announced that he’s adding more dates to the North American leg of his tour. And, he’s getting married!

Naturally, all this exciting news also has “Sheerios” wondering what other surprises are in store from their favourite singer in the next little while. Will Ed Sheeran release a new album in 2018? We know he’s got some upcoming songs in the works, but rumor has it, they may not sound like the old Ed we know and love.

One thing we know for sure is that Ed Sheeran is definitely working on an upcoming album, but it might not be what you expect. Keep reading for more details.

A Masterpiece—Six Years in the Making?

There have recently been talks about a mysterious new album Ed Sheeran has been working on, and that apparently, he’s been at it for the past six years. As exciting as this news is, there are a lot of unknowns about this potential new masterpiece, like when exactly it’ll be released and what type of music will be on it.

Sheeran has stated that this album will have an entirely new sound and that he’s been writing at least one song for it every year, ever since his first commercial album, +, came out.

In an interview with The Sun, Sheeran commented that he’s “been working on this since the same time as Plus. Every year I write a song that will go on it.”

Ed has also stated that this album, which is an ongoing side project, will feature a completely different sound than some of his more commercially successful songs from the past.

“It’s not necessarily experimental but I don’t think there’ll be any hot radio songs on it this time. It’s a very acoustic record, very acoustic,” he continued.

It seems like Ed Sheeran isn’t interested in making another album full of number one hits, although he has stated that he’ll continue releasing new songs until this fourth album is officially released, whenever that may be. There has been some speculation that it might take as long as 2021 to complete it! (Please, no!)

Meanwhile, Ed Sheeran plans on spending the new year focusing on his forthcoming tour and collaborating with some of the biggest names in the music industry, including Beyoncé, Eminem, Justin Bieber, and possibly even DJ Khaled for some upcoming songs!

In an absolutely adorable Instagram post that has all of us screaming #relationshipgoals, Ed Sheeran announced that he’s engaged to his long-time girlfriend and childhood bestie, Cherry Seaborn!

Got myself a fiancé just before new year. We are very happy and in love, and our cats are chuffed as well xx

He captioned the photo, “Got myself a fiancé just before new year. We are very happy and in love, and our cats are chuffed as well xx.”

Although Ed Sheeran may not be releasing an upcoming album any time soon, you can certainly bet that he’ll be writing some new tracks for other artists or at least appearing on a few new albums coming out this year.

Of course, he’ll be spending most of 2018 touring extensively. For a complete list of all of Ed Sheeran’s tour dates, click here.