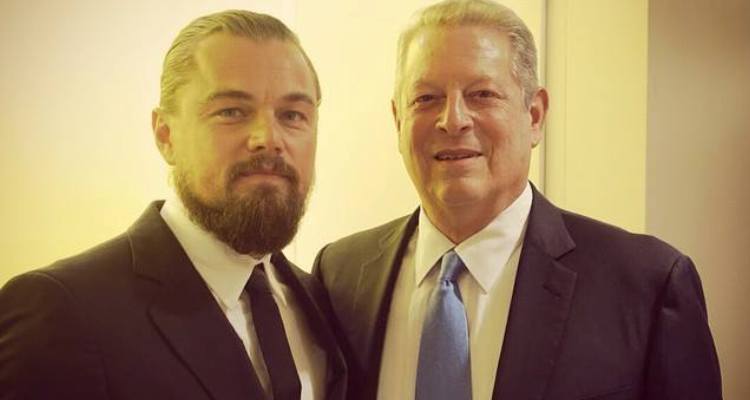 Earth Day 2016 is here! It’s a time to recycle and conserve energy, eliminating the ways the planet is endangered every day. We know it sounds like an episode of Captain Planet (if you’re old enough to know who that is) but it’s a huge movement and has encouraged the world to act.

Earth Day, a non-profit organization, was founded in 1970 by former United States Senator Gaylord Nelson (from Wisconsin), after seeing a massive oil spill in Santa Barbara, California. With help, he forced environmental protection as a political agenda. Shortly after, Earth Day achieved rare political alignment from both Republicans and Democrats. Whether they were rich or poor, they were in agreement that environmental conservation needed to be a priority. President Clinton awarded Nelson the Presidential Medal of Freedom—the highest honor given to a civilian—in 1995 for his efforts. It’s because of Nelson’s initiative and passion that Earth Day is celebrated by more than a billion people worldwide.

Earth Day has inspired several celebrities to go green, and there are a number of celebrities who support eco-causes. Famous people don’t just help the Earth just to jump on some sort of bandwagon; they genuinely care about finding ways to incorporate environmental awareness into their daily lives. Here are seven celebs who have used their star power and fortunes to make significant contributions to environmental causes.

Singer Jack Johnson is fully committed to ocean conservation, having donated the all the proceeds from his last two tours to environmental charities. He’s also the founder of several charities, most notably the Johnson Ohana Charitable Campaign, a non-profit public charity dedicated to promoting positive and lasting change within communities. It focuses on organizations that support the environment, the arts, and music education.

The Oscar winner founded The Leonardo DiCaprio Foundation in 1998, which is protecting the Earth’s last wild places by pressing humanitarian and environmental issues through campaigning, grant making, and media projects such as The 11th Hour, which discussed the environmental state of the Earth.

The former vice president is famous for his green thumb, which includes leading the first Congressional hearings on toxic and global warming. He’s been an environmental activist for decades and is now better known for that than for being a former VP!

We must act to solve the climate crises & we are! Watch my new @TEDTalks to learn more. https://t.co/vhQsf7Z1Ug

The actress drives a hybrid car and encourages other stars to do the same. Cruz launched a campaign that allows celebrities to arrive at the Oscars in hybrid limos and other high-end cars as opposed to gas-guzzling limos. She is also an animal lover and posed for a controversial PETA advertisement.

As a billionaire businessman and former climate change skeptic, you would think Branson would be the last to care about the Earth, but he’d surprise you. In 2014, he made a video chronicling his activism and his hopes for a sustainable future. He grew up in the country, so it’s no surprise he would come to appreciate nature and support more than just Earth Day.

The Grammy-winning band uses biodiesel-powered tour buses, promote recycling at concert venues, and donate a portion of their profits to Global Cool, an environmental charity that works with entertainers.

The Kill Bill actress is the founder of Sustainable Biodiesel Alliance and sits on several advocacy boards including the Environmental Media Association. She has also protested the Keystone Xl pipeline in a number of articles featured in The Guardian.