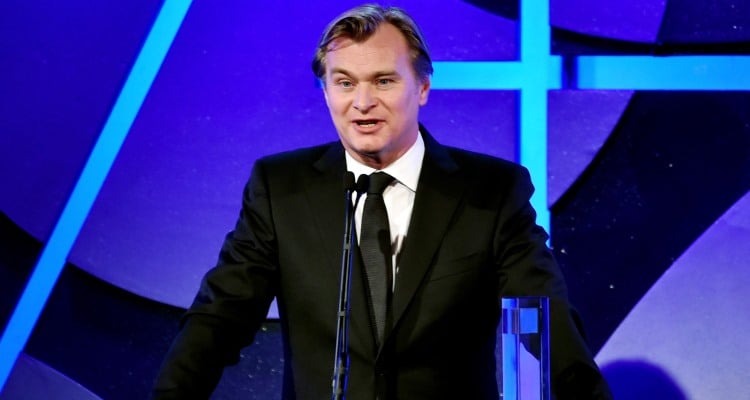 What is Dunkirk? Short answer: It’s director Christopher Nolan’s new movie, based on real events centered around World War II. The teaser has been released and with big names like Tom Hardy, Cillian Murphy, and even Harry Styles (yes, Harry Styles!)   starring in the upcoming film, it’s easy to see why people are interested!

Following its teaser in August, Nolan has recently unveiled his “harrowing but hopeful” trailer for his newest film, Dunkirk. The war biopic is about the real-life 10-day-long World War II battle and the evacuation in the French city, back in 1940.

You may remember this battle from your history class, but the movie is based on allied soldiers from Belgium, Canada, the British Empire, and France, who are surrounded by the German army and are evacuated during World War II. As you can see, the right side won the war, but Nolan’s film tells the story of exactly how it was fought.

The two-minute preview of the war movie shows the lengths that Nolan went to, in order to achieve the realism of the event’s bloody and deadly mission. At the time, 400,000 Allied forces faced 800,000 Nazi troops. In the opening scene, the Nazis’ intimidating propaganda used to taunt the Allies is shown falling from the sky!

Meet the Cast of Dunkirk

This movie marks the fourth collaboration for Murphy and Hardy, who worked together in Inception (2010), The Dark Knight Rises (2012), and Peaky Blinders (2013). This movie also marks Styles’ big-screen debut! Maybe the other members of One Direction will have a surprise cameo? Probably not.

As for Styles, the pop star briefly makes a cameo in the trailer. In the film, he portrays a soldier in a group of other young soldiers, witnessing the destruction around them.

Based on the trailer, it appears that no expense has been spared recreating the war film, which depicts one of the most vicious battles in the history of World War II. There are sinking ships, aerial assaults, and beaches filled with dead troops.

Nolan has a reputation for making some of the best films in the business and it may be too early to judge, but this film could be a contender for a number of awards in 2018. It’s possible that Nolan wants Dunkirk to rival earlier war movies such as Saving Private Ryan, The Thin Red Line, and Das Boot.

Dunkirk will be released in theaters next summer on July 21, 2017, when it will face-off against Luc Besson’s Valerian and the City of a Thousand Planets.

Check out the teaser trailer for Dunkirk below and let us know what you think about it in the comments section!