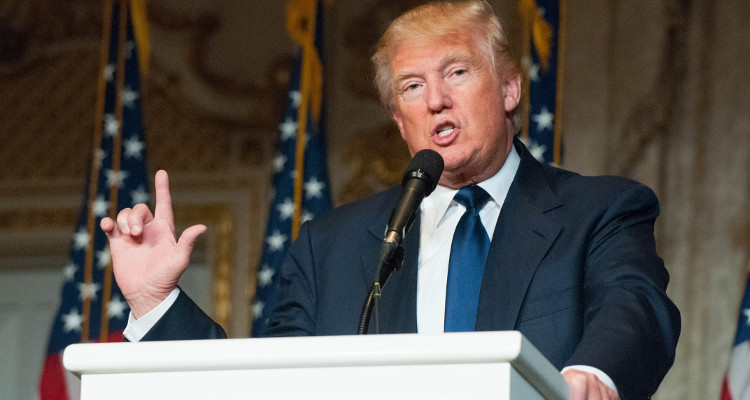 Kim Kardashian certainly has yet another reason not vote for Trump in the 2016 presidential election. Recently, a 2013 Donald Trump video has resurfaced, where Trump pokes fun at her weight. At that time, Kim Kardashian was pregnant with her daughter, North, when The Donald was asked about Kim Kardashian’s baby shower registry despite her extreme wealth.

Donald said, “She’s a nice person. I’ve known her over the years. She’s really a nice person,” which is where he should have stopped talking. But instead, he further added, “She’s gotten a little bit large. I would say this, I don’t think you should dress like you weigh 120 pounds.”

Donald Trump has labeled several women dogs, pigs, and slobs. Many women had to go to psychologists because they were affected by his remarks! Although Hillary Clinton pointed this out recently, the resurfaced video has created an outrage on many social media web sites. Now, it looks like Kim Kardashian is actually making the right decision to vote for Clinton.

On September 24, Kardashian disclosed that she will be voting for Clinton as the next President of the United States. On one of her social media accounts, Kim Kardashian wrote the following caption, “I found that without a doubt, I stand with Hillary. I’m with her. I believe Hillary will best represent our country and is the most qualified for the job.”

If you have not seen the video and would like to hear Trump’s statement, then you can do so below. After watching the video, let us know your views in the comment section below.