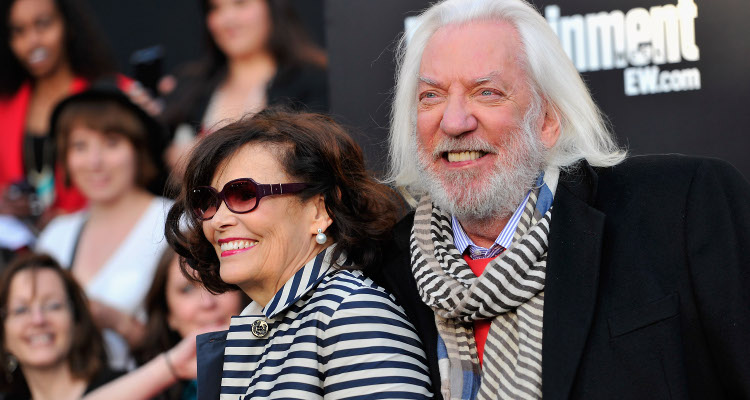 Francine Racette is a well-known actress who is best known for her roles in Au Revoir les Enfants, Lumière, and The Disappearance. She is also the third and current wife of Donald Sutherland, who recently received an honorary Oscar for his work in the industry. Racette is also a mother of three. Here is more on the actress in Francine Racette’s wiki.

She Is Canadian by Birth and at Heart

Francine Racette, along with her husband, Donald Sutherland, may have contributed immensely to Hollywood, but the couple remain Canadian at heart. Racette, who is 70 years old, was born in Joliette, Quebec, Canada, where she lived during her childhood and formative years of her life. She received her diploma from the National Theatre School of Canada in 1966, before making a foray into the film world.

Racette and her husband own a family home and several other properties in Canada. However, they are barred from exercising voting rights in Canada, as they are long-term expats who lived elsewhere for more than five years.

While Francine Racette delivered some noteworthy performances in movies such as Four Flies on Grey Velvet, she is still mostly known as Donald Sutherland’s wife.

She Is Donald Sutherland’s Third Wife

Francine Racette has been married to Donald Sutherland for over 45 years. Theirs is one of the longest-lasting marriages in Hollywood, and the couple are looked up to by many. While they may be one of the industry’s power couples, Racette and Sutherland had a slightly rocky start.

The couple met after Sutherland came out of a steady relationship with Jane Fonda, whom he dated for three years. Sutherland and Racette briefly dated before finally tying the knot in 1972.

Donald Sutherland was previously married to Lois Hardwick. In 1966, he married Shirley Douglas, and they were together until 1970.

While Racette may be the actor’s third wife, he claims to have found the right life partner in her. He also called her “an incredible human being” in an interview, and said that they share a happy relationship full of laughter, fun, and mutual respect.

Racette, on the other hand, was not married before. The couple appears spirited in each other’s presence, as is also evident from many of Francine Racette’s images.

She Is a Homebody and Mother of Three

Francine Racette, age 70, is the mother of three incredibly talented children—Rossif Sutherland (39), Angus Sutherland (35), and Roeg Sutherland (43). The actress is known to share a good bond with each of her children and is actively involved in their professional journeys. Like their parents, Francine Racette’s kids also chose to enter the film industry and are doing well for themselves.

While Rossif and Roeg Sutherland are actors, Angus Sutherland is garnering acclaim as a film and television producer.

Donald Sutherland spoke highly about his wife in an interview, saying that she is an excellent mother. The Canadian actress has been family-oriented throughout her life and continues to be so, even today. She is also stepmother to Kiefer and Rachel Sutherland, her husband’s kids from his second marriage.

Francine Racette’s 2017 highlight was likely seeing her husband receive an honorary Oscar at the 2017 Governors Awards.