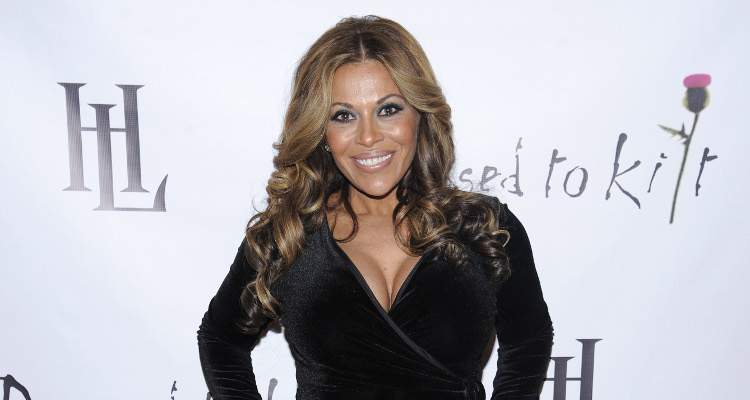 Dolores Catania from Real Housewives of New Jersey is currently in the limelight for reportedly living with her ex-husband while dating somebody else! Apparently, his name is David and he’s a doctor! If you want to know more about Dolores Catania’s boyfriend, then take a look at our Dr. David Principe wiki.

Last October, Catania opened up about the new man in her life saying, “He’s a perinatologist, which is a doctor that helps women deliver high risk pregnancies,” joking that “he’s about the size of Frank Catania’s bicep.” (Yes, her ex-husband, Frank.) She continued to gush about him saying, “He’s very good. His first love is his job and that’s a lot to handle because this is a man that works seven days a week. He’s on call constantly. Yet I’m very attracted to this man. I have a good time with him when I see him at 10 o’clock at night and I wait in front of his house for him to get home.”

The two are said to have been introduced by Catania’s BFF, Siggy Flicke, who claims that Dr. David Principe likes motorcycles and muscle cars, and “is a little bit of a bad boy. He’s very sexy.” Keep reading for more about Dolores Catania’s boyfriend!

Despite the fact that his work hours are very challenging and insane, the couple are devoted to each other and intent on making it work. It doesn’t look like Principe is active on social media. However, if you want to take a look at Dr. David Principe’s pics, then make sure to follow Dolores Catania on Instagram, as she regularly posts pictures with her beau. They do look damn adorable!

Yes they get along @frank.catania.jr

Dolores and Principe reportedly started dating after the show’s season 7 reunion. And it looks like Principe gets along with Dolores’ ex-husband, Frank Catania just fine! According to reports, the three of them get along great and Frank actually recently moved back in with Dolores after seeing hard times with his current girlfriend! Fans are confused by the dynamic between the trio, and most recently, there’s a bit of buzz about the idea of Dolores having an affair with her newly-moved-back-in ex-husband! But the two are adamant that they are just friends—after knowing each other for decades (and having been divorced for 18 years), the two share a close bond unlike any other.

According to her, “Not everyone gets our relationship, but it’s very simple,” Dolores, 47, shared with audiences. “Frank and [his girlfriend] are still on a break. My ex-husband lives back home. He needs me right now. And having Frank back in the home is very nice. He fixes everything. Helps me with the dogs. He’s good company. It’s kind of nice.”

But that doesn’t take away from her love for the good Doctor! Talking about her new man, Catania said, “He’s a good-looking guy. My boyfriend is very secure with himself.” It looks like things are going very well for the doctor and reality star, and we hope to see more of Principe on The Real Housewives of New Jersey!