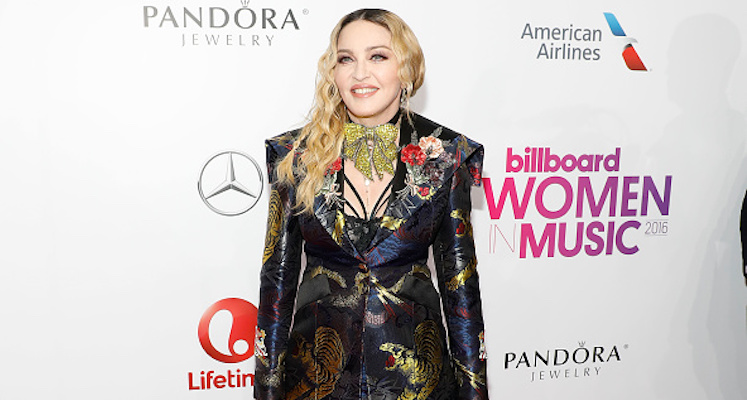 For Madonna fans who are curious about what the “Material Girl” has been up to for the past little while, this article is worth taking a look at. We have all the latest on Madonna’s new album, from when we may see it to who she may be working on it with. Take a look below for all the latest info!

Madonna is 58 years old, and this isn’t a slam against her (because she definitely looks good for her age!) But at an age where a lot of musicians would hang up the mic and just rest on their laurels, Madonna has yet to show any signs of slowing down, let alone stopping. But when should we expect new material from the her? It may be sooner than you think. We’ve made some calls and read some files and have all the info on Madonna’s new album for 2017. We’ve got the details on who she may be working with, when we can expect to see the album, and everything you want to know about Madonna’s new songs right here.

It may have been a while since Madonna’s last album, but she’s been busy. After her album, Rebel Heart was released in March 2015, she did a lot of promotion for the album. She then went on tour from September 2015 to March 2016. In the midst of that, she entered a rather heated legal battle revolving around their son, Rocco. As Madonna is a mom to four kids, that’s another thing that undoubtedly took up some of her time. But there are signs that Madonna might be soon shifting gears.

Since the release of her album, Music in 2000, Madonna has been releasing a new album about every two or three years. If we go by that, we are due for a new record from her in either 2017 or 2018. There’s also the fact that whenever Madonna’s new album gets started, rumors will begin floating around. Madonna works heavily with collaborators, whether they be other songwriters or producers, and when that many people start working together, it’s hard to keep them all quiet. Around July 2016, an African singer named Qweci told a number of news outlets that he had written songs for Madonna’s upcoming album. Normally, you could dismiss news like this as a rumor, but Madonna had been in Africa during that time so it’s not out of the realm of possibility. Rumors of a collaboration with Eminem also surfaced a few months ago. Madonna has apparently wanted to do something with the Detroit-born rapper for a number of years now. Did she finally get her wish? Or is the collaboration with Eminem for his own yet to be released album? Each rumor on its own could be easily dismissed as nothing more than gossip and a slow news day. But when multiple rumors start floating out around at the same time that we are about due for a new Madonna record, it seems like there might be some truth to them. We can’t be positive, but it seems like a safe bet that where there’s smoke, there’s fire, and Madonna’s new album is currently creating some sparks!

Madonna has spent a majority of her career as a musical chameleon. She manages to change with the times and keep herself relevant while doing something new with her music. With 13 albums under her belt, Madonna has proven that exploration is good. What about Madonna’s upcoming album in 2017? What will it sound like? Your guess is as good as ours, but the one thing that almost seems certain is that we will be getting to hear some of Madonna’s new songs in 2017.