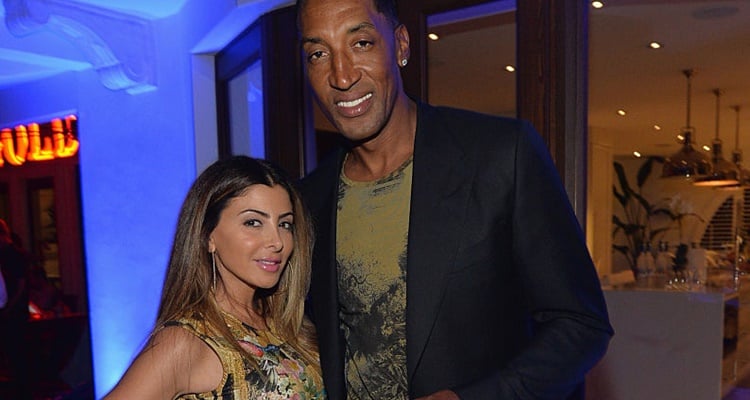 Few facts have been discovered about Scottie Pippen and his ex-wife Larsa Younan’s divorce. There are rumors that Scottie Pippen’s wife cheated on him with rapper Future. Find out if the news is true here.

Scottie Pippen recently filed for a divorce, and now, rumors suggest that his wife of 19 years cheated on him with rapper Future. However, Larsa Younan has denied these allegations. So the main question now is did Scottie Pippen’s wife cheat on him with Future?

Sources claim that Scottie Pippen was romantically involved with an unnamed Sports Illustrated model. This rumor started right after he filed for divorce from his second wife Larsa Younan. Rapper Future is certainly adding more fuel to the fire. On Tuesday (October 25) Future took to Snapchat, posting a message saying, “She mines nowwwwwwww.”

Now that there are allegations against her, Younan’s close friends claim that the former basketball star is no saint himself. According to reports, Scottie Pippen had an affair with a Sports Illustrated model right before his wife’s alleged affair with Future.

Scottie Pippen’s wife was reportedly seen with Future, traveling with him on his private jet. The same reports say that Younan and Future were very seen cozying up at Komodo nightclub in Miami. The two met in August at the Haute Living Color Reveal Party in Miami, and have been spotted together at various places ever since.

According to sources, Pippen filed for divorced on Tuesday, October 18. The pair were married for 19 years, and have four children together. Their kids are Scottie Pippen Jr., Preston Pippen, Justin Pippen, and Sophia Pippen. Scottie  Pippen has three children from a previous marriage, and relationships.

Pippen has filed for full custody of their children, and has refused to pay any alimony to Younan. Which, if the court agrees, will leave Younan penniless and broke. Younan has appealed to move her kids back to Chicago and have, at the very least, maximum involvement in their lives.

According to a police report, Younan said that the couple were having marital problems, and that Pippen has raised his voice a couple on times on her. She further says that he yells at her and scares her.

Now, the battle of custody will start, and Pippen will do what he can to ensure he gets the custody of their kids. It has not yet been confirmed if there was something romantic brewing between Younan and Future. If she did cheat on Pippen, will she now go back to Future, as he hinted in his Snapchat? More information is sure to surface soon, and we’ll all soon know the real story.