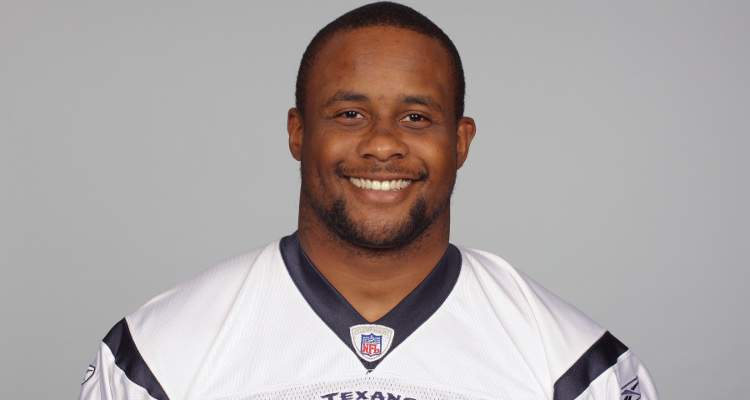 Derrick Ward’s wife, Naomi Lee Allen-Ward alleged that he threatened to kill her, and has physically assaulted her several times over the last year. She filed a restraining order against him, accusing the former NFL player of verbal, physical, and emotional abuse.

While disciplining his daughter, Naomi claimed that Derrick threatened to kill her, saying, “You always have to f*****g say something! I hate you! I’ll kill you! I don’t care if I go to jail.”

She claims that throughout their nine years together, she was a victim of verbal and emotional abuse. But over the last year, she states that the relationship became physically abusive. To know more about Naomi Lee Allen-Ward, keep reading.

Naomi Lee Allen-Ward’s age is 36, and she is of Jamaican and English heritage. Although she is from Toronto, Canada, she currently lives in Van Nuys, California. Naomi studied political science at the University of Toronto.

Naomi was signed with Def Jam Records in 2008, as a member of the all-girl group, Elecrtik Red.

She is currently a CEO and writer/developer at Allenworks & AllenHairston Ent., where she has been for six years. Her responsibilities include casting, showrunning, producing, and creative concept development. Additionally, Naomi is an assistant director of marketing at Alpan Orthodontics.

Her LinkedIn bio reads,“I was fortunate enough to produce television content for MTV, live the life of a recording artist signed to a record label Island Def Jam, and specialize in branding. I was a part of the amazing sales team at the Line hotel – a lifestyle branded hotel in Los Angeles.”

Her Facebook page lists Naomi as a CEO at Super Smart Social, a digital marketing firm.

Electrik Red formed in 2005 and landed a contract with Def Jam records in 2008. Before starting the group, they made appearances in music videos for artists like Ludacris and Akon.

They also appeared in the 2006 Oscar-winning, Dreamgirls. Currently, they have only released one album, 2009’s How to Be a Lady: Volume 1.

Naomi and Derrick Ward tied the knot in 2012, the same year they welcomed their baby boy, Xavier. Their second son was born in September 2016. The restraining order she has reportedly filed prevents Derrick from being within 100 yards of Naomi and their sons.

The singer is very active on social media. If you want to take a look at her life in pictures, then check out Naomi Lee Allen-Ward’s Instagram.