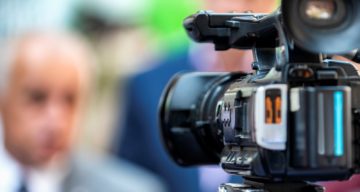 After more than a decade in the broadcast industry, Denise Isaac is taking a step back. The inspiring and certified meteorologist announced she is leaving NBC10 in Boston in 2021. Viewers who have gotten used to relying on Isaac for their timely weather updates have a lot of questions. Many want to know why she is leaving and where is she going next. Isaac had fond words for her colleagues and supportive viewers in a statement explaining her departure.

Panama-born Afro-Latina Denise Isaac earned her degree in meteorology from Florida State University. A bilingual journalist, she worked for Telemundo in Washington, D.C., and Miami (including Un Nuevo Dia) besides local English-speaking stations in south Florida and Detroit.

She came to Boston, Massachusetts three years ago, where she quickly became the credible meteorologist on NBC10. In 2018, Boston residents celebrated Isaac and her husband welcoming their first daughter, too.

Although Isaac has been doing a phenomenal job balancing motherhood with her work (she welcomed baby girl No. 2 in August 2020), she has decided to focus on her family. Through her official social media profiles, Isaac announced on May 31 that she is stepping away from broadcast after 14 years in the industry.

Her last day on-air was June 6. And Isaac won’t be back on television anytime soon.

She is going to take this time off work to devote more time to her daughters’ formative years. She had been weighing this decision for a while before finally taking the plunge.

Denise Isaac is leaving the studio with acclaim and no regrets. Her viewers and supporters commend her for building a successful career while prioritizing her family. While they hope she will make a return to broadcast in the near future, they wish her well.