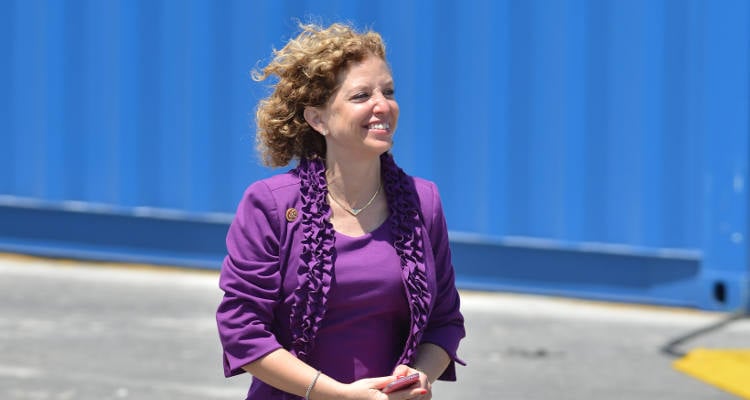 Her Husband Is Steve Schultz

Wasserman Schultz is married to a former banker Steven Schultz, who is now a stay-at-home dad. The couple has been married for 24 years, and her husband takes care of their three children. The family lives in Weston, South Florida.

Allegedly, Wasserman Schultz has a negative net worth, because of her numerous debts. She is said to be one of the poorest Congress members. The couple has two mortgages, a credit card debt of $15,00,0 and a home equity line of credit of more than $250,000.

In the last week, 19,252 emails were leaked from DNC officials accounts including 175 spreadsheets and 891 documents. In an email leaked by WikiLeaks and hacker Guccifer 2.0, Wasserman Schultz referred to Bernie Sanders’ campaign manager, Jeff Weavers, as a “damn liar.” She also asserted that Sanders had “no understanding” of what the DNC did.

Wasserman Schultz was forced to tender her resignation as chairwoman of the DNC because of over 20,000 emails of DNC staffers that were leaked in the media. The congresswoman came under pressure from influential Democrats after being accused of favoring Hillary Clinton over Bernie Sanders amidst allegations that the primary was rigged.

Wasserman Schultz has a master’s degree in political science from the University of Florida. At 26 years old, she was the youngest woman to be elected to the state legislature and was the first Jewish congresswoman elected from Florida. The mother of three is a breast cancer survivor and has undergone seven surgeries in the past, including a double mastectomy.