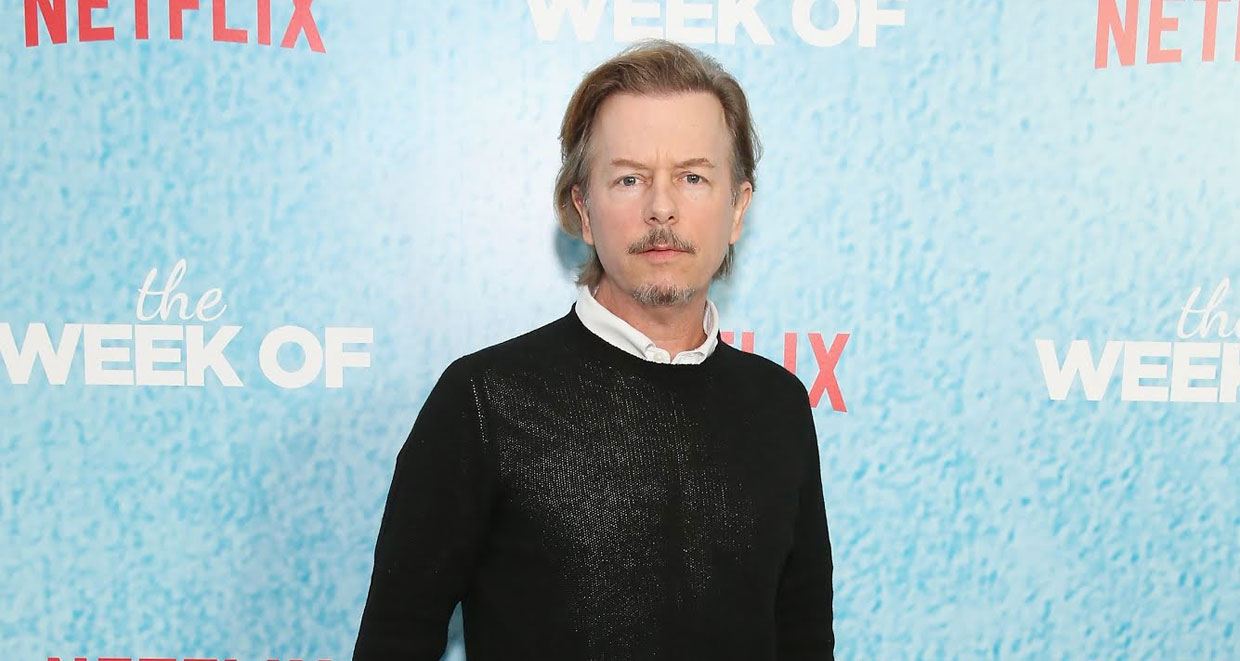 David Spade Attended the Premiere of the Netflix Movie The Week Of . Credits:GettyImages/MonicaSchipper

American actor and comedian David Spade’s net worth in 2018 is estimated at $60.0 million.

He is one of the best in the industry today and has appeared in big hits like Grown Ups, Hotel Transylvania, and Rules of Engagement.

Spade is known for his lavish lifestyle and homes, and we have everything you need to know about it all!

Who Is David Spade?

David Spade is the younger brother of Andy Spade, who was married to fashion designer Kate Spade.

Born in Birmingham, Michigan on July 22, 1964, David Spade’s age is 53. He was raised in Scottsdale, Arizona but currently resides in Beverly Hills, Los Angeles.

David Spade’s parents, Judith and Wayne Spade, separated when he was a little boy. He and his brothers, Andy and Bryan Wade, grew up under the care of their mother. Spade came from a humble background and grew up in relative poverty.

He went to Saguaro High School and attended Scottsdale Community College before transferring to Arizona State University. Spade is a graduate with a bachelor’s degree in business and was a member of the Sigma Alpha Epsilon fraternity.

His comedic career began when he was in college, where he would regularly do stand-up shows.

In 1988, a friend helped Spade get a role on Saturday Night Live, where he became a regular cast member as well as a writer. The rest, as they say, is history, and today, David Spade is one of the most well-known comedians in Hollywood.

David Spade has made his fortune through TV and movies, and it looks like he is not about to simmer down anytime soon!

Spade can be remembered as the sweet but off-track family member of the main cast in the TV show, 8 Simple Rules, where he played Kaley Cuoco’s cousin.

He is also remembered for his role in the hilarious movie, Joe Dirt.

In 2010, it was reported that Spade received a cool $150,000 per episode for appearing on the TV show, Rules of Engagement, in addition to the millions he was paid for his roles in movies.

He has also acted in Disney’s The Emperor’s New Groove, The Benchwarmers, Black Sheep, and several other knee-slapping funny movies and TV shows.

Laughing His Way Across Borders

David Spade has been touring since the beginning of his career and will be on tour starting June 8, 2018, as well.

The tickets to his shows range from $45.00 to $95.00. But we’re sure that he charges hundreds of thousands for a night’s worth of tickling fun.

Spade has done various live performances with his good pals Adam Sandler, Rob Schneider, Chris Rock, and Kevin James, for which he has been impressively compensated. He has also had some successful gigs with comedic contemporary Ray Romano.

His upcoming tour dates are given below:

Although he’s not a very big influencer on social media, David Spade has managed to garner 1.2 million followers on Instagram. It can be calculated that he earns around $3,000 per post.

We can see him promoting Andy Spade’s business, Sleepy Jones, on his personal Instagram page.

He doesn’t have a YouTube page, but you can watch his videos on Comedy Central’s official website.

Flying off the Shelves

David Spade is the author of Almost Interesting: The Memoir. And now he is also promoting an audio book titled A Polaroid Guy in a Snapchat World.

The audiobook has a list price of $29.95 on Amazon.com. It’s not available for sale until July 19, 2018, but you can pre-order one on his official Facebook page, or you can buy it on Amazon.com.

Here’s how much David Spade is worth compared to his contemporaries:

David Spade might have come from a poor background, but he sure made up for it later! The man lives a life of luxury in some of the best homes money can buy.

In 2005, he bought a $9.3 million home located off the Pacific Coast Highway, in Malibu, California.

The 3,000-plus-square-foot home came with four bedrooms, 3.5 bathrooms, a pool, sauna, spa, and an art studio.

He put the house for sale in 2007 for a staggering $16.0 million. But after buyers kept rejecting his steep asking price, Spade lowered the price to $10.3 million in 2011.

He also owns a Beverly Hills home in the Trousdale Estates, and the pad cost him a cool $4.0 million. The 5,000-plus-square-foot home previously belonged to Warren Beatty and Eddie Murphy.

Unfortunately, the Beverly Hills home was burglarized back in 2017, when the robbers took off with Spade’s safe with $80,000 worth of cash and jewels. It was later realized that the security system was disabled, which is how the thieves were able to get away with taking the whole safe.

BFF Adam Sandler’s gifting game is on point, and he made sure not to leave out David Spade. A brand new, shiny black $180,000 Maserati was gifted to Spade back in 2010.

It looks like he is also a proud owner of a pimped-out 1969 Dodge Charger Daytona. He posted pictures of the car on Instagram, which is painted muddy orange and has a rad spoiler in the back.

Spade’s Charger cost him $900,000. And for Spade, it’s possibly his best investment to date!

David Spade may be a wisecrack all the time, but he knows his duties well. As a privileged man who has seen some difficult times, he is all about doing charity.

In the past, Spade has been reported to have donated $100,000 to the Phoenix Police Department.

The comedian has also been generous to the ALS Ice Bucket Challenge. He made a video on Instagram where he showed a check for $100,000 towards the charity.