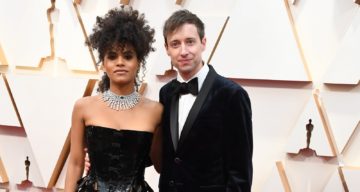 Zazie Beetz has been spotted with her boyfriend, David Rysdahl, enough times for people to recognize him. From red carpets to social justice protests, the Atlanta star and Rysdahl are always arm-in-arm. Rysdahl is part of the same industry as Beetz, and they have worked together in the past. It’s no surprise that he knows best how to support her rising career. But his work is still relatively lesser-known, and Beetz’s fans want to know who her boyfriend is. So, we answer all that in David Rysdahl’s wiki.

David Rysdahl was born on April 2, 1987, and is a native of Minnesota. Scott and Gigi Rysdahl raised their children David, Isaac, Gabriel, and Kaye in New Ulm.

Scott Rysdahl is a doctor with a family medicine practice in New Ulm. At first, David considered becoming a doctor like his father, but he switched tracks to acting.

David’s brother Gabriel is also an actor based in New York City. Besides working in short films, he is also a licensed realtor in Minneapolis.

Their sister Kaye graduated from high school in 2020, where she was a soccer and track-and-field athlete.

Per a school feature on graduating seniors, she plans to take a gap year and spend it in New York, where her brothers are, to figure out what she wants to pursue as a career. She aims to attend Bethel College afterward, and may pursue athletics.

Scott and Gigi Rysdahl noticed David had a knack for acting when he was young. David’s skills shone when he performed at fundraising events and in school stage productions.

However, after he graduated from Cathedral High School in 2005, Rysdahl thought of following in his father’s footsteps. He studied chemistry and English at St. Olaf College, but also took part in campus theater productions.

Despite a natural talent to perform, Rysdahl had a case of stage fright. He had no idea how to turn it into a career until his 2009 internship at the Shakespeare festival in Winona. After a part in Hamlet, Rysdahl knew an acting career was for him.

Rysdahl has been working as an actor, a writer, and a producer. He is currently in New York where most of his career is based.

Besides his work in short films, Rysdahl is best known for his appearances in CBS’ Bull and the films That’s Not Us and The Revival.

He has written for productions like Limbos, Diwal’oween, and Shelter.  He also wrote, produced, and acted in the short film Black Swell.