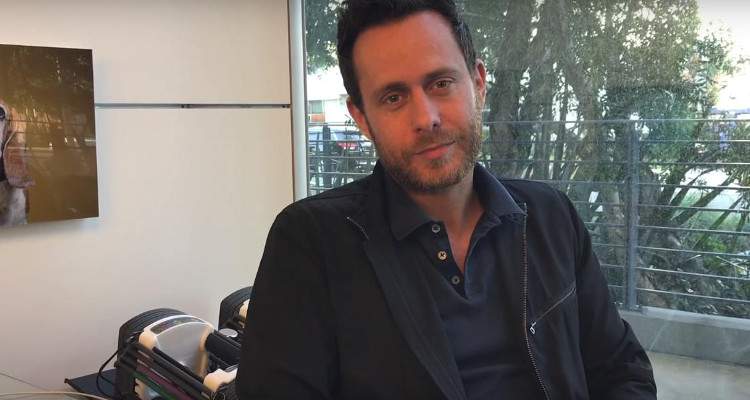 One year ago today @adrianabnosi rescued a frail little baby chihuahua who was in a bad way. We didn't think she would make it but once she had some food, shots and some TLC, her personality came through and she proved to us she is a fighter and a sweet, loving little thing. We named her Apoosh (naughty in Armenian) because she's feisty and naughty. My beloved Maxi and Bella love her and so do we and she's helped me through some of my darkest days with her kisses. Thanks for completing us all Apoosh, you've captured our hearts ❤️?❤️

Born in London, England on March 21, 1982, David Parnes’ age is 35. He received his Bachelor of Arts with honors in economics and politics from the University of Manchester, and went on to work at a hedge fund. From there, he moved to Europe to represent a confidential portfolio of real estate assets.

During his summers off from school, he often flew down to Los Angeles and saw potential in the city’s real estate market. So, in 2009, he decided to move to California.

My Dad has arrived pre wedding and I'm excited ?

David Parnes’ net worth is estimated at $6.0 million. He has a flourishing real estate company, Bond Street Partners, which he started with James Harris in 2011. The firm’s gross sales reportedly went above $120.0 million in 2013. They specialize in high-end residential real estate and investment properties in the Greater Los Angeles, Bel Air, Malibu, Brentwood, Hollywood Hills, and Beverly Hills areas. Their firm’s client includes celebrities, business managers, agents, and producers.

Besides residential sales, Parnes also has an extensive knowledge in commercial real estate. Because of his hard work, he was named one of “Hollywood’s Top 25 Real Estate Agents” by The Hollywood Reporter in 2014, 2015, and 2016.

Parnes joined the show when it was in its seventh season and is still a regular cast member. With season 10 only just beginning, there is a lot of drama and excitement to look forward to with him and his fellow cast members.

Parnes met Adrian Abnosi, a Los Angeles native, in November 2013 during a business dinner at a West Hollywood restaurant. According to sources, it was love at first sight for Parnes, but it took him two hours to gather the courage and ask for her number! Two years later, he popped the question and the pair were engaged.

They tied the knot in July 2017, at an extravagant, lavish South of France ceremony. It was recently revealed that the duo are expecting their first baby together! Sources claim that they are expecting a baby girl this coming spring. Talking about his wife, Parnes’ said, “Not only is Adrian an incredible person and beautiful, she’s an amazing homemaker. Wherever we are, she just makes it so comfortable and homey. I think it must be the Middle Eastern in her. She’s Persian-Armenian and I think they must have it in the blood. It’s just the way she looks after me, the way she looks after our house, the way she looks after our dogs… She’s just really very special and she’s going to be an incredible mother.”

Well, needless to say, it has been a very fruitful year for David Parnes. From his wedding, to expecting his first child, and the continued success in his career, things seem to be getting better and better for him.