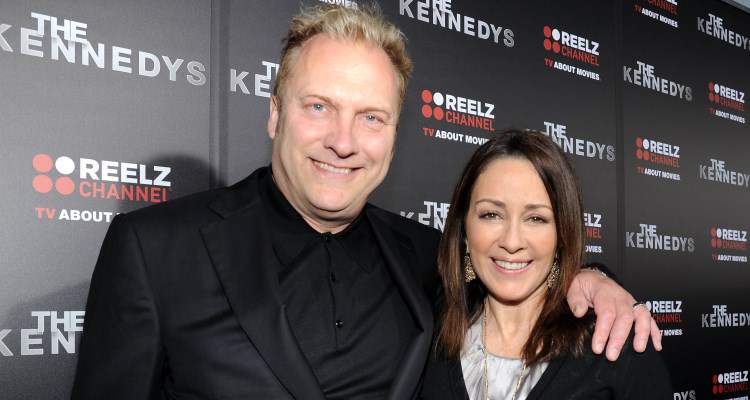 Most know Patricia Heaton as the loving mom, Deborah from the early 2000’s sitcom, Everybody Loves Raymond. Since then, she’s secured a new “mom” role in The Middle. But who is Patricia Heaton married to in real life? With The Middle coming to an end this season, fans have been wondering about the star’s personal life. To learn more about Patricia Heaton’s husband, here’s our David Hunt wiki.

David Hunt is an actor, director, and producer, who was born in 1954, in London, England, making David Hunt’s age 63. He attended The Julliard School and his best known U.S. role was as Harlan Rook in the 1988 action movie, The Dead Pool. He’s also starred in movies such as The Engagement Ring, Liz & Dick, and Mom’s Night Out.

Patricia Heaton and David Hunt were married on Friday the 13th in 1990. Although that day is considered unlucky, Heaton has always remembered it as the luckiest day of their lives, as referred to one of her Instagram posts. Her social media account is also one of the more likely places to find David Hunt pics, aside from browsing online. They also have four sons together: Joseph, John, Samuel, and Daniel. Heaton and David also have a production company named after their children called FourBoys Entertainment, which is located on the Warner Bros. lot.

He Worked on a Movie with His Wife

Hunt and Heaton worked together on a documentary about a quirky beauty pageant called The Bituminous Coal Queens of Pennsylvania and it was distributed by Netflix in 2005. In an interview with Entertainment Weekly, Heaton talked about how she came up with the idea with her husband.

“I was out to dinner with my posse of girlfriends, and my longtime actress pal Sarah Rush mentioned she was going to her reunion, which we assumed was her high school reunion. We found out it was the 50th anniversary of the Bituminous Coal Queen pageant, and that she had won the title in 1972. After the shock wore off and she described what happens at the pageant and about the girls who compete for the title and the charm of her small town, I knew we had to document it.”

Heaton produced the movie and Hunt directed it. The film won Best Documentary at the 2005 American Film Renaissance, as well as the Crystal Heart Award at the 2005 Heartland Film Festival.

How His Wife Wants “The Middle” to End

This season is the last of The Middle and after nine years, The Hecks are preparing to say their goodbyes. Heaton doesn’t know how the ABC comedy will end but she has some ideas of her own.

“I can tell you that one of my favorite series finales ever was Six Feet Under where you flash forward and see them at each of their funerals,” she told Entertainment Weekly. “I don’t see us taking it that far, but I think a lot of people want to know what happens. Something like that. I personally would enjoy that. I don’t know if that’s what the writers have in mind, but I think a lot of people would like to know where everything’s headed.”

Heaton is currently starring in the animated film, The Star, based on the animals’ perspective on the birth of Jesus at his nativity.

So excited to be a part of this project! It takes many tails to tell the greatest story ever, and I am proud to be voicing #EdithTheCow. #TheStarMovie, only in theaters this holiday season! @hereisgina @zacharylevi @keeganmic @kellyclarkson @kchenoweth @realtracymorgan @tylerperry @oprah @steveyeun