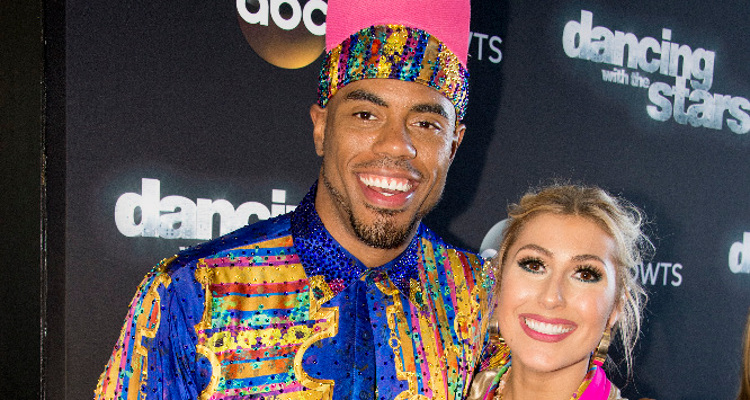 The theme for the DWTIS finale is 24 Hour Fusion Challenge, which means that each pair will need to have a routine that incorporates two different dance styles. Tonight, we will know the winner of Dancing With the Stars Season 24. Until then, we will take a look at the remaining Dancing with the Stars 2017 contestants who will battle it out for the coveted Mirrorball Trophy.

On night one of the finale, David and Lindsay wowed the judges and scored 33 out of 40 for their Viennese Waltz, and a perfect 40 for their freestyle! Not bad for the guy who was dubbed “Sexy Grandpa!”

We said we weren't going to cry! And then #TeamValmani happened. ???? #DWTS #Finals

Normani and Val scored a total of 38 out of 40 for their Viennese Waltz, and also received a perfect score for their freestyle, bringing their rank slightly higher than David and Lindsay.

#TeamShadSquad are enjoying the little things in life. ? It's the last week of rehearsals until one of our Finalists claim the coveted Mirrorball! #DWTS

Rashad Jennings and Emma Slater are the only couple on the show who received a perfect score of 80 out of 80 in their last performance, making them the top contenders for the Mirrorball Trophy.