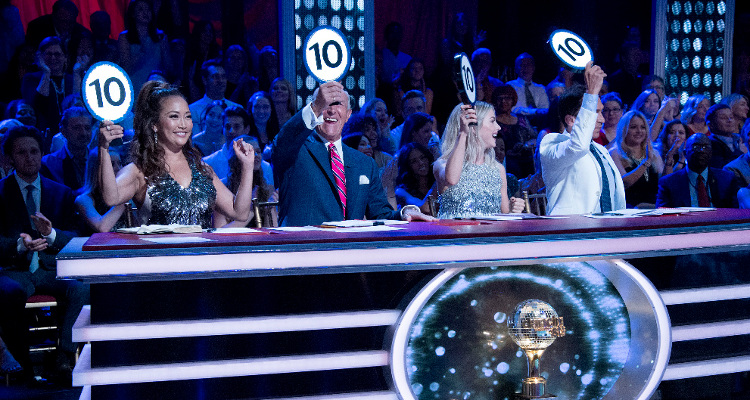 One night down, another glitzy night to go! After Rashad Jennings, Normani Kordei, and David Ross gave it their all in the first part of the Dancing with the Stars finale, it’s time to decide who will take home the coveted Mirrorball Trophy! Want to know how you can vote for your favorite celeb? We’ve got the details right here!

The competition for the Mirrorball Trophy is tougher than ever! In the first half of the two-part Dancing with the Stars season 24 finale, the celeb-pro pairs are neck-and-neck with two performances each. Rashad Jennings was the big winner with two perfect scores, while Normani Kordei and David Ross got perfect scores on one of their two routines. It was David’s first perfect score. The votes will now decide which of these pairs will win DWTS season 24. Here are the Dancing with the Stars finale phone numbers and the various means of voting for your favorite celeb.

A combination of judges scores and viewer votes decides who will win Dancing with the Stars season 24. You can call on the respective phone numbers of the celebs to vote for them. You will have at least five votes per voting method. To vote by phone, here are the phone numbers of the final three contestants. Note: calling these phone numbers are free, so vote to your heart’s content!

Voting through the ABC website requires a valid OneID account. Existing users will also have to validate their email ID, since they have changed their system.

You can download the Dancing with the Stars app on any supported device, and vote through it. The user registration and voting rules remain the same as with the other methods.

To make things easier, Rashad, Normani, and David have shared how you can vote for them on their Twitter accounts. For more voting details, refer to the FAQs section here.