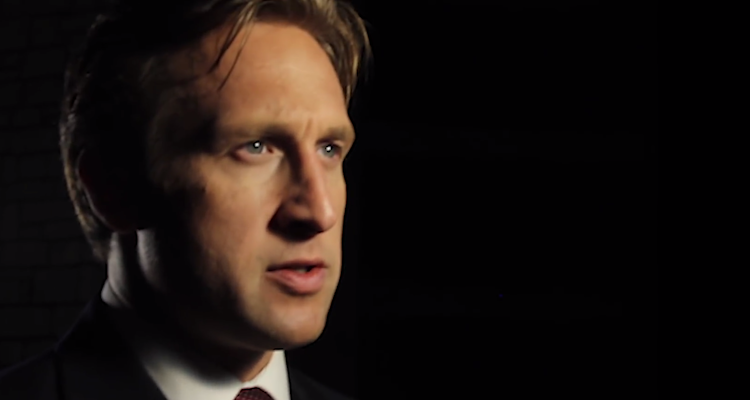 There’s a new player in town and his poster read: “Courtland Sykes for Senate.” But who is this rising politician and why is he making headlines now? Well, Courtland Sykes’ fiancée is expected to have dinner ready for him, and the notion may have struck a nerve. Find out more, with our Courtland Sykes wiki.

Who Is Courtland Sykes?

Courtland Sykes’ age is 37 and he was born in Texas and raised in Missouri. He’s a Harvard alum and Republican candidate, currently  running for U.S. Senate to replace Senator Claire McCaskill. He was widely unknown by the Missouri Republican party when he announced his bid for senate back in the fall of 2017 and his message has been compared to Trump on steroids.

“I’m 99.9 percent sure it’s not parody,” said John Messmer, a political science teacher at St. Louis College. “It’s not something strategic done by the Democratic side or someone that’s looking to criticize the conservative or Republican position. I do hold back that .1 percent. This might be one of the greatest examples of political performance art I’ve ever seen.”

He Wants Dinner at Six

In a controversial Facebook post, Sykes said he’s in favor of women’s rights, because he was ordered to by his fiancée, fellow Harvard alum, Chanel Rion. The “lifetime conservative” works as an author, illustrator, and political commentator.

“But Chanel knows that my obedience comes with a small price that she loves to pay anyway,” the statement continued. “I want to come home to a home cooked dinner at six every night, one that she fixes and one that I expect one day to have daughters learn to fix after they become traditional homemakers and family wives—think Norman Rockwell here and Gloria Steinem be damned.”

The Danger of Feminism

“I don’t buy into radical feminism’s crazed definition of modern womanhood and I never did. They don’t own that definition—and never did. They made it up to suit their own nasty, snake-filled heads. Modern women can BE anything they want, including traditional women—as millions are and millions more are fast becoming,” his statement said [sic].”

He continued, “Millennial women voters despised Hillary and cost her the election (and they weren’t Russians). I wonder why they despise her? One reason is they look at her personal life’s wreckage and didn’t want to become like her.”

He expressed that he didn’t want his hypothetical daughters to impacted by modern feminism.

“I don’t want them to grow up into career obsessed banshees who forego home life and children and the happiness of family to become nail-biting manophobic hell-bent feminist she devils who shriek from the tops of a thousand tall buildings they are think they could have leaped over in a single bound — had men not ‘suppressing them.’ It’s just nuts [sic],” he said.

While statements like those most likely earned the contempt of several people, Sykes told the Washington Post in an interview that he didn’t find his post offensive.

“I clearly state that modern women can be anything they want,” he said. “No one is in a position to tell women what they can and can’t do.”