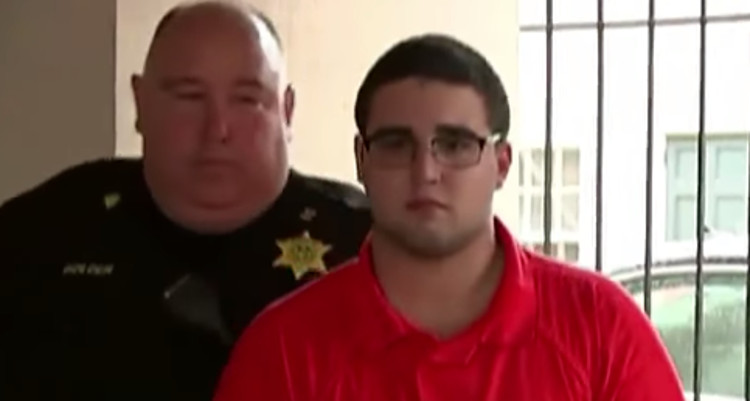 The murder of four young men has shocked Pennsylvania, and Cosmo DiNardo’s confession has opened up a can of worms. According to prosecutors, DiNardo and his cousin shot the four men and then burned three of their bodies. His confession led police to recover the bodies and bring a semblance of closure to the victim’s families. DiNardo will not get the death penalty, thanks to a deal with authorities. The question that remains is: How did a seemingly normal boy turn into such a violent killer?

It is a crime that has horrified Pennsylvania and is now coming to national attention. The grisly murders of four young men from suburban Philadelphia galvanized the police, who finally located the bodies after two 20-year-old men confessed to the killings. The initial suspect, Cosmo DiNardo, was arrested a few days ago on lesser charges, but confessed to the murders on Thursday, July 13, 2017, according to his lawyer. Cosmo DiNardo’s confession led the police to arrest his accomplice, Sean M. Kratz, and discover the four bodies of the victims. DiNardo made an agreement with authorities that would spare him the death penalty. For more about the grisly crimes and confessions, take a look at our Cosmo DiNardo wiki.

DiNardo grew up in a middle-class suburb of Bensalem, as the oldest child of Sandra and Antonio DiNardo. Cosmo DiNardo’s father owns a concrete company called Metro Ready Mix and Supply, and inherited a profitable real estate portfolio from his father. Sandra owns a trucking company called Bella Trucking. Cosmo DiNardo’s parents worked hard to build a profitable partnership by selling and delivering concrete. Their son is remembered by one of his schoolmates as “a normal boy who just got into minor trouble.” In fact, he was once given the “Peacemaker of the Month” award in school. By the time he was in eighth grade, DiNardo was bench-pressing 220 pounds and organizing pool parties at his home.

Dark Side Reveals Itself

People who knew DiNardo as a teenager say that while he was social, he also had a dark, violent side to him. He allegedly punched two strangers who were talking to his girlfriend at a mall when he was just 15 years old. A girlfriend of his friend said, “Cosmo was crazy. He’s been talking about killing people since he was 14.” She added that he made unwanted and vulgar overtures to young women on social media. “He randomly messages girls, saying, ‘Hey, babe,’ calling them hos and trying to have sex with them,” she explained. After high school, DiNardo enrolled at Arcadia University in Glenside, about 20 miles west from Bensalem, to study biology.

After completing one semester, he reportedly harassed female students on campus the following fall. The school authorities sent him a letter telling him to stay off campus, otherwise he would be treated as a trespasser. They also informed local police. Women blocked DiNardo on social media and claimed that he aggressively stalked them for dates and sex. After leaving Arcadia, DiNardo wrote on his Facebook account that he was selling “firewood,” which his friends claim was a code for drugs, adding that he started selling guns and marijuana and wanted to sell harder substances.

Driven over the Edge

DiNardo became dark and dangerous after he survived a crash in his four-wheeler, which he was driving alone in the woods on his family farm in Solebury Township, 45 miles north of Philadelphia. He suffered a serious injury and acquaintances say that this might have triggered his sudden change. His lawyer claimed that DiNardo was diagnosed with schizophrenia and his friends say that twice the accused was in mental institution. All this is suspected to have made a violent cocktail of emotions in an already disturbed DiNardo, and police claim that he let loose a murderous rampage as a result.

Massacre at the Farm

DiNardo boasted to his friends that he had seen people killed, and posed “bare-chested and crazy-eyed” while aiming a revolver, in a recent social media post. A person with the knowledge of DiNardo’s confession to the police alleged that he confessed to two murders in Philadelphia when he was 15 years old. Prosecutors are saying that he told the Bucks County prosecutor about his and his cousin Kratz’s involvement in the murders of four young men. DiNardo admitted that he lured the four victims to his distant family farm in central Bucks County over a period of two days and shot them. He then burned three of the bodies and ran one over with a backhoe. Now, both Cosmo DiNardo and Sean Kratz have been charged with multiple counts of homicide.

People who knew DiNardo are still trying to come to terms with his confession. One person said, “The Cosmo I knew for over ten years would never be capable of anything like this.” DiNardo’s alleged crime is a familiar story to psychologists and police who have dealt with similar situations. In the violent aftermath of these killings, people want justice for the murders of the innocent men, and can only wonder what can be done to prevent such incidents from happening in the future.