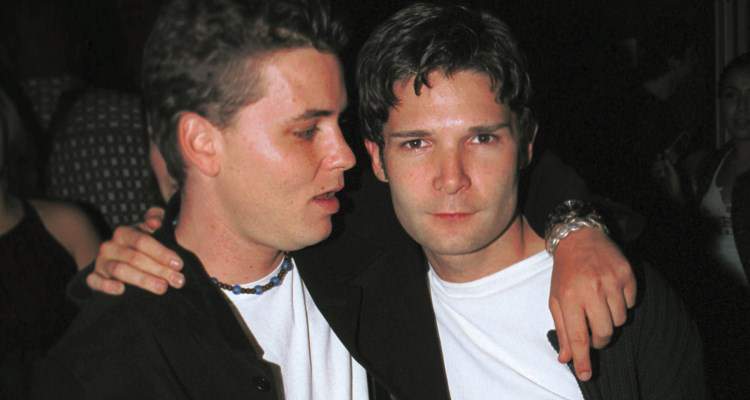 A Tale of Two Coreys premieres this weekend on the Lifetime network and fans are very anxious to see the network’s take on the emotional story. In addition to producing the made-for-TV movie, Corey Feldman will also participate in an hour-long special entitled Corey Feldman: Moment of Truth following the premiere. While there are a lot of controversial Lifetime movies that have been made in the past, A Tale of Two Coreys is one of the most highly anticipated ones in recent history.

Why All the Buzz Over This Corey Feldman Special?

With everything that’s been revealed in Hollywood recently, it was Corey Feldman who has alleged he’s seen the worst. The movie’s timely subject matter and the current hostile climate in Hollywood towards sexual predators has caused quite a stir over this made-for-TV flick and the subsequent Corey Feldman interview to follow. Find out everything you need to know about this fascinating special feature, right here!

In light of all of the recent sexual misconduct allegations that have been revealed in Hollywood over the past year, it’s not surprising that everyone in Tinsel town is currently on edge. Who will be accused of being a sexual predator next?

Amidst all of this ugliness, negativity, and campaigning for justice within the entertainment industry, two famous names have been at the forefront of this whole ordeal: Corey Feldman and Corey Haim. For years, Feldman has been making bold claims and statements at his own risk in an attempt to expose the debauchery that takes place in Hollywood’s seedy underbelly. It involves a great deal of rampant sexual (and drug) abuse and most pointedly, pedophilia. Finally, it looks like people are starting to pay attention everything Feldman has to say, as he’s producing what’s sure to be one of the most poignant Lifetime movies to be released this year. A Tale of Two Coreys premieres tonight on Lifetime at 8:00 p.m. EST. Following the debut of this much-anticipated made-for-TV movie (which was produced by Feldman himself), Lifetime will also air an exclusive one-hour special titled Corey Feldman: Moment of Truth. The special will air directly after the airing of A Tale of Two Coreys, with an in-depth discussion of the film and an interview conducted by journalist, Shaun Robinson.

You can check out the trailer for A Tale of Two Coreys below:

The movie depicts the real-life horror story of the swift rise of two of Hollywood’s biggest teen heartthrobs of the ‘80s: Corey Feldman and Corey Haim, who were ubiquitously dubbed ‘The Two Coreys.’ At the height of their careers, the two young stars (who were barely on the brink of adolescence when they broke into the business) couldn’t go anywhere without being instantly recognized and bombarded by fans. By this point in their lives, they’d already been exposed to all of the indecency and that came with their high-profile lifestyle at the time.

Over the years, Feldman has come forward numerous times to speak out about the rampant pedophilia, blatant abuse of power, and sexual abuse he and his best friend, Corey Haim, both experienced in their youth at the hands of some of Hollywood’s most powerful men. Although the details of his encounters are still slowly unraveling, Feldman is adamant that this same abuse of power continues to plague Hollywood to this day. Ultimately, his goal is to unveil all of the dirty and dark secrets Hollywood has been successfully hiding for years and to advocate for the rights of child stars by raising awareness regarding his own personal experiences. His goal is to reconcile them with what’s currently happening in the entertainment industry today.

The Two Coreys & Their Claim to Fame

Corey Feldman and Corey Haim were both very young when they began their film careers. In fact, Feldman was only three years old when he starred in his first commercial spot for McDonald’s! From there, he went on to star alongside his best friend, Corey Haim in a series of blockbuster movies throughout the 1980s when they were just teenagers. These included The Lost Boys (1987), License to Drive (1988), Dream a Little Dream (1989), and Dream a Little Dream 2 (1995). Feldman is also largely known for his roles in Gremlins (1984), The Goonies (1985), and Stand By Me (1986). Over the years, he’s also taken his talents to the musical stage and has released several successful albums. Haim also starred in a slew of successful films in his own right alongside some of Hollywood’s most famous actors at the time, including Charlie Sheen and Winona Ryder in Lucas (1986) and James Garner and Sally Field in Murphy’s Romance (1985). Corey Haim tragically passed away on March 10, 2010, as a result of severe pneumonia. Despite his long-term drug abuse and the initial presumption that he died of an overdose, the Los Angeles Coroner’s office reported that there were no traces of any illicit substances found in his system at the time of his death.

For a shockingly detailed look at the behind-the-scenes lives of the two Coreys, catch A Tale of Two Coreys on Lifetime this weekend!