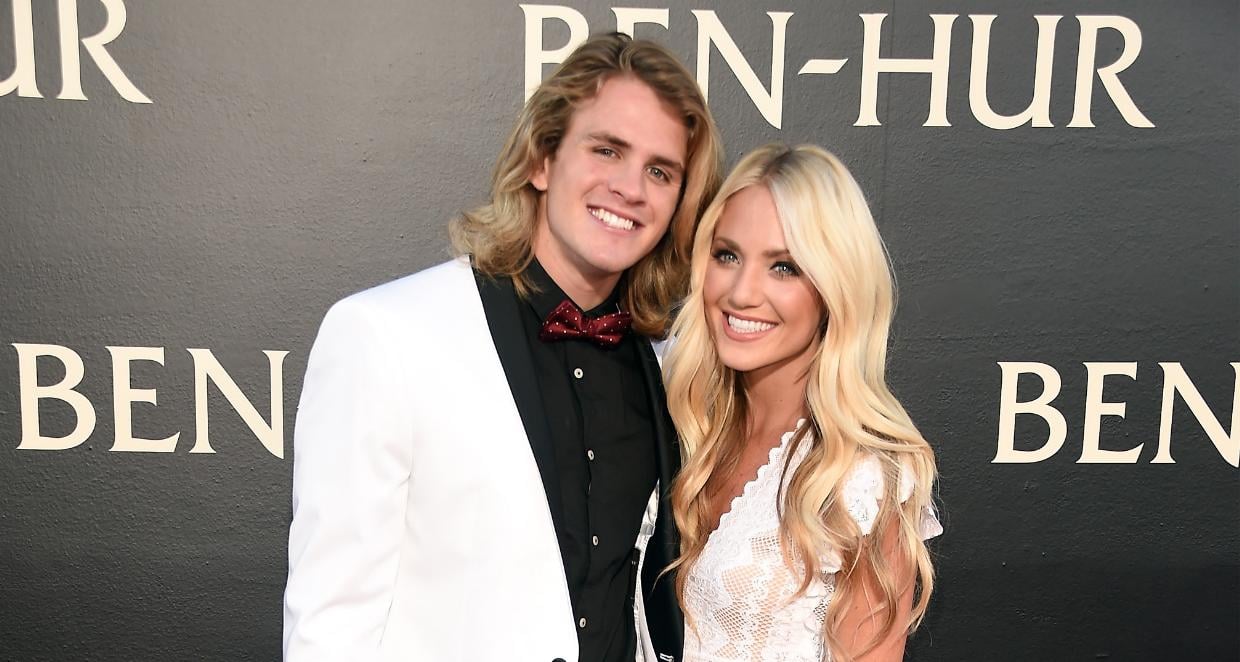 If you don’t know Cole LaBrant from the LaBrant family, you must be living under a rock! Either that or you don’t have the Internet. Cole Labrant gained immense Internet fame after becoming a huge Vine star, and his family has become one of America’s favorites since then. Take a break from the Kardashians and turn your attention to the famous LaBrant family that is rocking the Internet!

Cole LaBrant’s a Vine star who rose to viral infamy online with his family. And it’s pretty difficult not to fall in love with them almost immediately.

He tied the knot with his longtime girlfriend, Savannah Soutas, and chopped off his golden locks to surprise her. Now Cole, Savannah, and Savannah’s daughter, Everleigh, are welcomed a new addition to their family!

If you haven’t heard of the Internet sensation and his cool family, we’re getting you up to speed with our Cole LaBrant wiki, right here.

Cole LaBrant, age 22, was born on August 21, 1996 in Alabama. He was a fledgling Vine star when he became famous for the most epic promposal ever.

Several Internet stars became even more famous after asking celebs to their prom in the most unique ways possible.

LaBrant was a student at Enterprise High School in Alabama when he made a video asking Selena Gomez to his high school prom. People magazine named it among the best promposals ever!

The hilarious video had a compilation of Gomez’s songs, with LaBrant dancing and acting out the lyrics in true ‘90s music video style. There’s also a part where he enters a Walmart dressed like a gladiator, which is definitely the highlight of the video.

Sadly, Gomez didn’t accept his prom invitation. But her team did contact him to say she saw the video and loved it!

I left these girls this past weekend for the first time in so long to go to a friends wedding out of state. The wedding was beautiful and so fun, but I just felt so empty not having my girls with me. So happy to be home💛

The Internet star posted a video on his YouTube channel, where he had his own version of carpool karaoke with his daughter, Everleigh. The video is one of his most viewed ones, and many wondered if five-year-old Everleigh is really Cole LaBrant’s daughter.

She isn’t actually his daughter, but he’s never thought of her as anything but his own. Everleigh is Savannah Soutas’ daughter from a previous relationship.

Cole met Everleigh when he was 19 and dating her mother, but he’s always welcomed her with open arms. And judging by his frequent posts of the adorable little blonde cherub, he’s certainly happy to be gaining a daughter!

Savannah caught Cole’s eye when he was on a vacation with his brother and friend. She was playing with Everleigh then, so Cole didn’t approach her, not wanting to hit on a mom.

However, to Cole’s surprise, Savannah sent her sister to ask the boys to join them. Savannah and Cole bonded over their love for making videos and decided to meet up at VidCon later.

Now that he’s married Savannah, Everleigh is now legally his daughter. And he couldn’t be happier to be a father to this adorable little human.

The cute video of the father-daughter duo jamming to hip-hop, metal, country, and even Los Lobos’ “La Bamba” will melt your heart!

This isn’t the first time Everleigh has joined her parents in their videos. If anything, she is a show-stealer!

They Are Expecting Their First Child Together

Cole and Savannah started off as friends until VidCon got them closer. They got close enough to talk about each other’s lives and soon began dating.

They documented their relationship on their joint YouTube channel, Cole&Sav. They use their platform to encourage abstinence before marriage.

They were in a long-distance relationship for months before Cole moved to California to be with Savannah and Everleigh.

Everleigh was present when Cole proposed to Savannah. The young couple tied the knot on July 10, 2017 and shared their special day with their fans on YouTube.

We can only hope that the LaBrants get their own reality series so that we can see more of this awesome family!

Cole LaBrant was on The Amazing Race

Cole and his mother, Sheri LaBrant, traveled around the world on The Amazing Race season 28. The then 19-year-old Cole conquered his fear of heights by diving off a cliff into the sea.

They made it all the way to the final but finished second.

His father, Ken LaBrant, spoke to the media while his wife and son filmed the show and said, “Cole and I did a lot of stuff together, but it was a great time to spend with his mom.”

“There were comments on social media saying they get along so well and they loved how he treated his mom and they represent, to me, what a mother and son relationship should be,” he added.

Sheri and Ken LaBrant are parents to five sons named Cole, Tate, Jack, Luke, and Clay, and one daughter, Lily.

All the LaBrant kids are Internet-famous in some way, thanks to Cole and Jack. Ken is Cole’s business development manager.

The LaBrant family has branched out in different sections of the Internet. Cole and his friends, Baylor Barnes and John Stephen Grice, formed the trio, Dem White Boyz.

The trio and Cole’s brother, Jack, made funny Vine videos, which went viral. The trio hasn’t made videos online for a while, as they now focus on their joint business, Waters Bluff Clothing Co.

Cole LaBrant was majoring in business at Troy University but the status of his degree is not known.

His 20-year-old brother, Jack LaBrant, is a Troy University student and USMC Infantry recruit, as well as an Instagram star with over 147k followers.