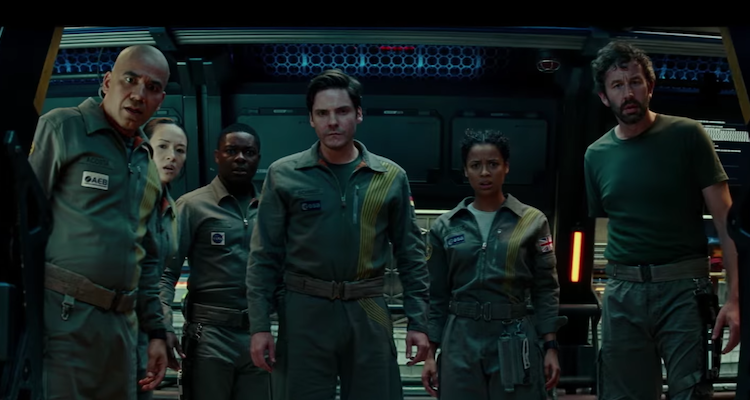 One of the best parts of the Super Bowl are the movie trailers that arrive with it. Last night, we saw new trailers for many of upcoming summer action films like Mission Impossible: Fallout, Avengers: Infinity War, as well as new films like The Rock’s Skyscraper.

But one of the big surprises was the arrival of the new Cloverfield trailer. Not so much that we got a trailer out of the blue, but the fact that it contained the announcement that the film would begin streaming on Netflix after the game was over. Not in a few months, not in a few weeks; you were able to watch the film at home, that night! But how was this film connected to the other two Cloverfield films? Or is it connected at all?

Let’s start at the beginning.

Cloverfield, in the most basic of terms, is a “found-footage” movie where a giant monster appears in New York City and starts trashing it. Fast forward to 10 Cloverfield Lane, a film that’s more of a psychological drama about three people in a bomb shelter. However, the film ends with a woman escaping and finding out that alien monsters are attacking the Earth.

The Cloverfield Paradox takes place, apparently, within this timeline and before the original film. A large space station/particle accelerator turns on and the earth disappears. At the beginning of the film, a character talks about how the station, when activated, might release monsters on to our world. We then discover that this particle accelerator has caused disasters across multiple dimensions.

Beyond weird goings on the space station, we find out that monsters indeed now walk the earth! While it doesn’t explicitly state it, we do see a monster that is very, very similar to the creature in the first Cloverfield film. Presumably, this is also the reason that the alien-like monster that we saw at the end of 10 Cloverfield Lane also came to earth due to this science accident.

Other than the monsters, there’s not a lot in the way of connections between this film and the other films, but there are some easter eggs and more connections to be found within the viral marketing websites for the film series.

For example, Tagruato is the website for a large company that exists within the Cloverfield universe. If you do some digging, that website will lead you to another website that has a recording on it, very similar to the radio alerts we hear at the end of 10 Cloverfield Lane, but with an added mention of the space station from The Cloverfield Paradox. Many have since been on the hunt to uncover clues as to how (and if) they’re all connected.

While post-credits scenes have become all the rage (and the original Cloverfield even had one), there is no Netflix Cloverfield Paradox post-credits scene. But that doesn’t mean there might not be future movies! Rumor has it that Overlord, a J.J. Abrams produced film, is set to come out in the fall of 2018, and may be a fourth Cloverfield film! But only time will tell if that’s the case.