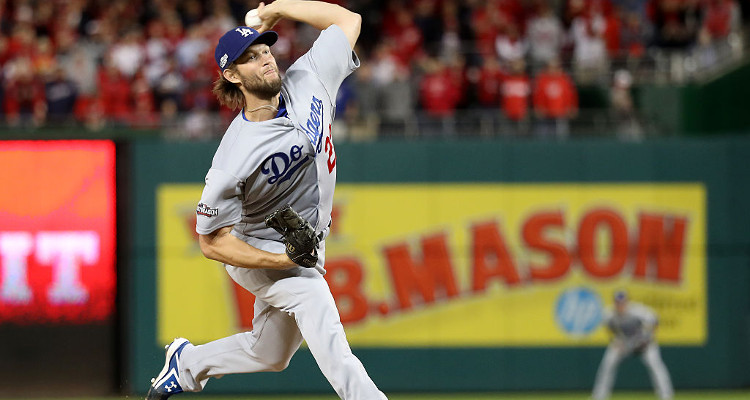 Clayton Kershaw is arguably the best pitcher in MLB today. Overcoming a tough childhood, Kershaw has become a great player who earns in millions of dollars. His stats alone are proof of how good a player he is. Kershaw and his wife also participate in humanitarian work to help the less fortunate.

Kershaw was born in Dallas, Texas, to his mother, Marianne Tombaugh and his father, Christopher Kershaw, who was a musician. Kershaw’s parents got divorced when he was just 10 years old. Kershaw was raised by his mother and he found refuge in baseball. He started playing Little League Baseball from the time he was just a small child. He excelled in baseball in his high school years, as well. Kershaw was selected by USA Today as the “High School Baseball Player of the Year.” Kershaw entered the 2006 MLB draft and was picked up by the Los Angeles Dodgers. He signed on with the Dodgers and received a bonus of $2.3 million, and at that time it was the highest draft bonus any Dodgers player had received.

In 2008, Kershaw started playing for the Los Angeles Dodgers. He made his debut against the St. Louis Cardinals, in which he struck out the first batter he faced. Kershaw pitched six innings and allowed two runs in his first game. At that time, he was the youngest player in MLB. Over the years, Kershaw developed his own style of pitching, which was very effective. He keeps the ball hidden, so it becomes very difficult for the batter to pick up on the ball and he has a consistent overhand delivery on all his pitches.

Stats Speaks for Themselves

Clayton Kershaw’s stats speak volumes about his ability and his worth to his team. His “earned run average” [ERA] and “walks and hits per innings pitched” [WHIP] are the lowest among starters with a minimum of 1,000 innings pitched. Kershaw has won the Cy Young Award three times and is considered by many to be the best pitcher in MLB today.

The Man and His Money

People also want to know Clayton Kershaw’s net worth. It is a cool $40.0 millionand and is sure to grow, thanks to his new contract and the fact that he has several more playing years on his side.

He has already achieved so much in the game, and Clayton Kershaw’s age is just 28 years old! When Kershaw is not playing baseball, he is busy doing humanitarian work. He and his wife, Ellen have raised money for building an orphanage in Zambia. He has won several awards for the philanthropic work he has done to help those less fortunate. Today, Kershaw is respected for both his playing skills and the help he had done in providing help to those in need. Kershaw is a great ambassador for the game of baseball, on and off the field.