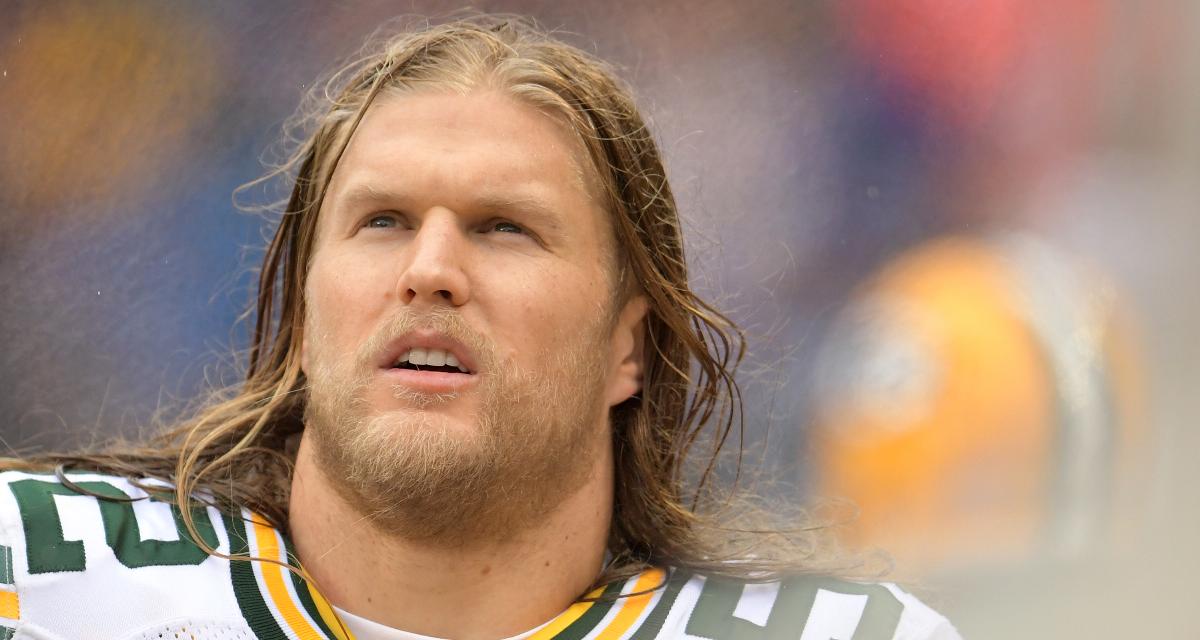 Clay Matthews of the Green Bay Packers looks at the scoreboard in the second quarter against the Chicago Bears at Soldier Field on November 12, 2017 in Chicago, Illinois. (Photo by Stacy Revere/Getty Images)

The San Francisco 49ers knew that they had a tough 2018 season ahead, especially after it was revealed that quarterback Jimmy Garoppolo suffered a torn ACL. But a report circulating online claims that the NFL is taking Garoppolo’s injury very seriously and have taken action against the supposed culprit who caused it. According to a bogus report, the NFL has allegedly suspended Clay Matthews of the Green Bay Packers for Garoppolo’s injury. But before you hold Matthews responsible for anything, know that the linebacker is innocent!

Did the NFL Suspend Clay Matthews?

Jimmy Garoppolo and William Hayes (Miami Dolphins) are the latest NFL players who will be sitting out the 2018 season owing to ACL injuries. It’s a big disappointment for San Francisco 49ers fans, who were looking forward to seeing Garoppolo play.

Now, a report circulating online holds Clay Matthews of the Green Bay Packers responsible. The story published by Daily Snark claims the NFL has hit Matthews with a two-game suspension for roughing quarterbacks.

While it’s true that Matthews is in a lot of trouble lately for his rough play, the report is absolutely false.

Clay Matthews has been hit with penalties for tackling passers too roughly in the Packers’ past two games against the Minnesota Vikings and the Washington Redskins. The NFL’s strict stance regarding Matthews’s gameplay has sparked a debate among fans.

Whether Matthews deserved the penalties or not, he’s still allowed to play. And he certainly had nothing to do with Garoppolo’s torn ACL.

The Packers and the 49ers haven’t met on the gridiron this season yet. They will face off for the first time on October 15. This means that Matthews isn’t responsible for Garoppolo’s injury.

The site that published the story, Daily Snark, is a satirical site that covers sports and entertainment. Everything the site posts is fictional and is intended to satirize the latest occurrences in the news.

In this case, the Daily Snark is targeting the NFL’s policy on roughing the passers. In the article, NFL commissioner Roger Goodell allegedly states, “We can’t have guys like this being mean to our precious quarterbacks each and every Sunday.”

The alleged statement from Goodell further reads, “To send a message, Mr. Matthews has been suspended in connection with Jimmy Garropolo tearing his ACL on the other side of the country Sunday. We honestly aren’t fully sure why, but we’re just being safe. The evidence of this particular player hurting the feelings of quarterbacks around the NFL is beyond mounting.”

This statement is, of course, made up and Goodell never said these exact words.

The NFL has enforced a policy that wants all defensive players to be gentle with the quarterbacks. As such, Matthews has been on the receiving end of penalties, which many think are unfair and controversial.

Sports analysts believe that the league is going to extreme lengths in trying to protect quarterbacks. Even Matthews has accused the NFL of  “getting soft” for the number of calls on him for what he and a lot of others believe is standard football play.

Redskins quarterback Alex Smith didn’t think Matthews did anything wrong. Meanwhile, Vikings’ quarterback Kirk Cousins admitted that he got a huge break when the officials made the call against Matthews.

Matthews is not happy about the situation and neither are many fans. One frustrated Clay fan started a GoFundMe page to initially raise money for any fines that would come out of unfair penalties on the linebacker. The page has raised $520.00 towards a $30,000 goal which the fan promised will be donated to a charity.

While Clay Matthews is one of the many defensive players who are suffering from unfair calls, he has nothing to do with Jimmy Garoppolo’s injury, nor with any other player’s injury. As such, he has not been suspended or fined yet.