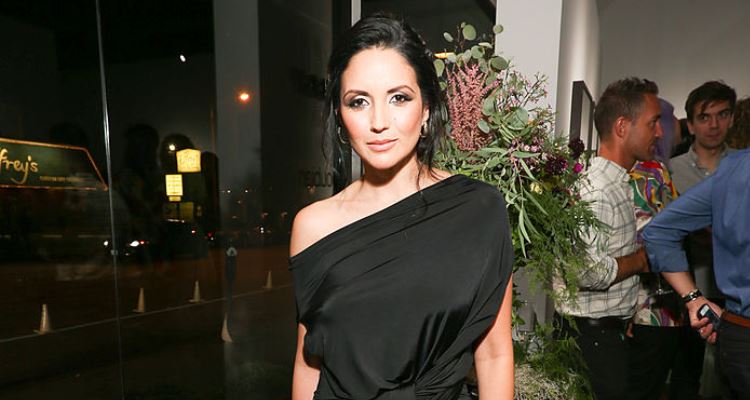 Kiefer Sutherland and Cindy Vela’s relationship has officially been outed! The 24 star and the beautiful brunette have reportedly been dating under the radar for the past few years, and now his representative has confirmed the news. If you’re curious about who is Kiefer Sutherland’s new girlfriend, check out our Cindy Vela wiki.

According to sources, Kiefer Sutherland and Cindy Vela have been dating since the 50-year-old began his starring role on Designated Survivor. Vela often travels to Vancouver where the show is being filmed, and has been on tour with him and his band in Europe. Cindy Vela’s Instagram has several photos of her with her beau, so how on earth did their relationship fly under the radar for so long? The beautiful Latina may not be a Hollywood A-lister, but she has received fame for some interesting moments in her career. We’ve got the details here.

It was an adventure. #family | Photo by @jaysmix |

Cindy Vela’s age is 38, and she is an actress, model, and alto saxophonist. She was born and raised in Brownsville, Texas, and attended the University of Texas in Brownsville, becoming the lead saxophonist in the some of top jazz and concert bands. She participated in concerts and competitions in the U.S. and Mexico, and even opened shows for music legends like Tito Puente, Celia Cruz, and Jose Feliciano. During her time in college, she also began a career in modeling and acting in local commercials. After receiving her Bachelor of Arts in Music Education, she became a middle school band director, helping her students win awards, as well. Hot pics of the saxophonist are on her Instagram, so head over that way to get your fix! Check out this clip of her playing the “Pink Panther” theme in the pool. (She’s gorgeous and talented!)

?By request from @vishn9 : 'Pink Panther'. I felt all sneaky.. like when you're trying to figure out your Christmas gifts when no one is looking

She eventually moved to Los Angeles to pursue her career in entertainment as a print model. Her work can be seen on covers and spreads for various magazines, as well as international print ads for companies like O.P.I., and Kellogg’s Special K boxes. Her acting roles include Desdemona: A Love Story (2009), Alma (2014), and Nuclear Family (2012). Cindy Vela’s net worth is reportedly $1.6 million, while her counterpart’s net worth is $75.0 million! Sutherland makes $250,000 per episode!

Vela found herself in an internet phenomenon, where millions were convinced that she was dead! It all began when a short film, disguised as live footage, was released online. In the video, Vela was hit by a car and killed. Fans went to social media in shock, wondering if the woman in the video, later identified as Vela, was actually dead. So, she responded on Twitter and Facebook to refute the claims. “I did get some backlash,” she told a Latin entertainment site. “But mainly from people who didn’t realize it was a short film.”

It is clear Vela is very much alive and enjoying her relationship with Sutherland. Now that they are officially public about their relationship, you can expect some more attention coming their way for a while!