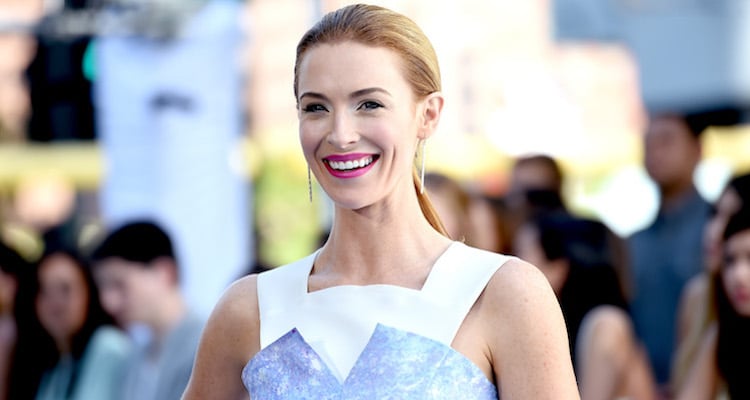 The main cast of Christmas Getaway involves two actors: Bridget Regan, who plays Emory Blake, and Travis Van Winkle as Scott Hays. Regan is known for her role as Sasha Cooper on TNT’s The Last Ship, and as Rose in The CW’s Jane the Virgin. She also starred in ABC’s Legend of Seeker, and had various roles in USA Network’s White Collar, and ABC’s Agent Carter. She also guest-starred on episodes of Grey’s Anatomy, The Good Wife, Sons of Anarchy, Law & Order: Criminal Intent, and Beauty and the Beast. Regan also had roles on the big screen in movies like Sex and the City, and John Wick.

As for her co-star, Van Winkle is known for his role in TNT’s The Last Ship, CW’s Hart of Dixie, 2 Broke Girls, Two and a Half Men, and Raising Hope. He also had recurring roles on Happy Endings, 90210, Greek, Veronica Mars, Campus Ladies, and The OC. He’s also acted on the big screen in movies such as Friday the 13th, Transformers, Accepted, and Rites of Passage. Aside from his work as an actor, he also spends much of his time creating and working for the LoveLife Foundation, to encourage people to give their time and money to worthy causes.

“Travel writer Emory has never had a traditional Christmas. Although her free spirit makes her the perfect travel writer, a surprising breakup with her boyfriend takes her personal life back to square one. Hoping to spend the holiday relaxing and recovering, Emory takes the picturesque Christmas vacation planned for the two of them, alone. Through a mix up on the rental site – or maybe a little Christmas magic – Emory is forced to share the cabin with a handsome widower, his young daughter, and mother-in-law. What begins as an annoying inconvenience blooms into a romance she never knew was possible, and a Christmas they will cherish forever.”

Hallmark has been treating families to a ton of great Christmas movies in a countdown to December 25, and here’s what’s left:

Check out the preview for Christmas Getaway airing on the Hallmark channel tonight at 8:00 p.m. EST, here!
Advertisement