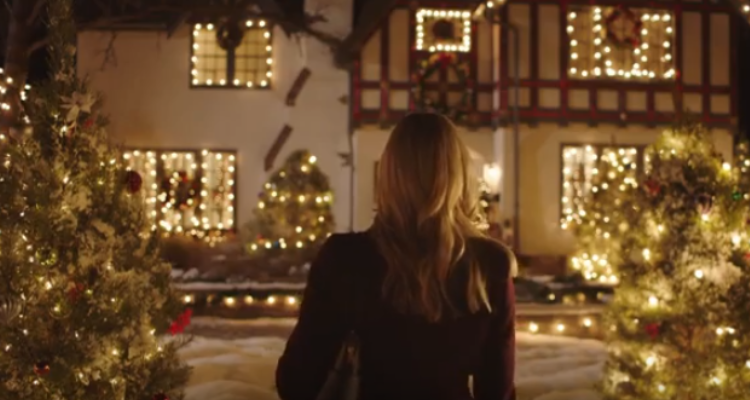 Do you love cheesy and romantic holiday movies? Then the latest batch of Hallmark movies is sure to tickle your fancy! Whether you enjoy them as a guilty pleasure or are proud of your Christmas movie obsession, Christmas Connection on Hallmark fits the bill perfectly. So, get ready to settle on your sofa with a delicious and comforting cup of hot cocoa and meet the Christmas Connection cast, right here!

A Preview of Christmas Connection

Christmas Connection is a feel-good holiday story about the possibility of finding love in the most unexpected places and times of your life. This is something the main character, Sydney, who happens to be a flight attendant, experiences firsthand during a seemingly routine flight. Sydney is responsible for taking care of young Leah, an unaccompanied minor, as she’s on her way to reunite with her father, Jonathan for the holidays. Part of Sydney’s job is to make sure that Leah has a safe and enjoyable flight, and she doesn’t take this responsibility lightly. After Leah departs from the plane, Sydney discovers that she left behind an important package and she does everything in her power to track down the little girl to return it to her, thus derailing her own holiday plans. Ultimately, Sydney finds out where Leah and her father live and personally delivers the package to its rightful owner. As a show of gratitude for Sydney’s kind act, Jonathan invites her to spend the holidays with him and his daughter and they eventually fall in love!

Check out the adorable Christmas Connection trailer below!

And for a fun behind-the-scenes glance at the making of the movie with the Christmas Connection cast, check out the fun video here!

The Cast of Christmas Connection:

Brooke Burns was born in Dallas, Texas, but moved to Romania with her family when she was just 12 years old to pursue a potentially prolific a professional career in dance, particularly ballet. She was poised to study ballet with the Romanian Opera Ballet. Unfortunately, when she was 15, her career was cut short after suffering a traumatic knee injury while on a ski trip in the mountainside. Things turned around for the better by the time she was 18, however, when she started working in the entertainment industry. Brooke landed her first major acting role on the popular TV show, Ally McBeal. Brooke has demonstrated her expansive acting range by appearing on Bay Watch and sitcoms like Just Shoot Me along with dramas such as CSI: Miami. The Farrelly Brothers were so smitten with her that they even wrote a minor part specifically for Brooke in their 2001 film, Shallow Hal opposite Jack Black. You may also recognize Brooke Burns from Drop Dead Diva, Melrose Place, and Pepper Dennis. However, most people probably recognize Brooke Burns from the numerous hosting gigs she’s taken on since the birth of her first child. When she was 23, she started hosting Dog Eat Dog on NBC and was subsequently nominated for a Teen Choice Award. She’s also hosted You Deserve It on ABC and Motor City Masters on TruTV.

So happy I got to do the #fathertime podcast with @jamiekaler! #Repost @jamiekaler (@get_repost) ・・・ LINK IN BIO. The amazing @thetomeverettscott joins #fathertime to talk parenting and tonight's season finale of #imsorry on @trutv @andreasavage Check him out here and then watch the show which is already picked up for season 2. #dads #dadsinparks #tomeverettscott #teenager #kids #thatthingyoudo #boilerroom #lalaland #er #southland #americanwerewolfinparis

Tom Everett Scott received his breakthrough Hollywood role as the sunglasses-clad drummer in 1996’s That Thing You Do!, which also happened to be Tom Hanks’ directorial debut for a feature film. The Massachusetts native has enjoyed an illustrious career in both film and on the Broadway stage. He’s appeared in a wide variety of film and stage projects including One True Thing (1998), Because I Said So (2007), Parental Guidance (2012), and most recently, La La Land (2016). Tom Everett Scott has also made various TV appearances including ER, Will and Grace, How to Get Away With Murder, Sons of Anarchy, and many more. He can be seen in the upcoming TV series, I’m Sorry. Tom Everett Scott also acted in the famous Broadway productions Little Dog That Laughed and the revival of Turnaround.

Aside from acting, Tom Everett Scott has managed to venture into the world of writing, producing, and directing with his first comedy short entitled Glock winning Best Short Film at the Gen Art Film Festival in 2009. He currently lives with his wife and children in Los Angeles.

For more behind the scenes fun with Brooke Burns and Tom Everett Scott, watch them playing Reindeer Games here!

Sophie Neudorf is a burgeoning young actress, who is well on her way to accumulating numerous acting credits under her name. At the tender age of nine, she’s already accomplished so much within the world of entertainment, having received extensive training in dance, voice, music, and acting among various mediums. Having appeared in the Stratford Festival Theatre’s 2016 production of Macbeth, this Canadian-born actress is already proving that she has a massive stage and film presence. There’s no doubt that we’ll be seeing more and more of Sophie in the coming years!

Booch ? I got the fanciest glass and added some frozen berries ? It's really good! ??? #booch #kombucha #smiles #treatyourself