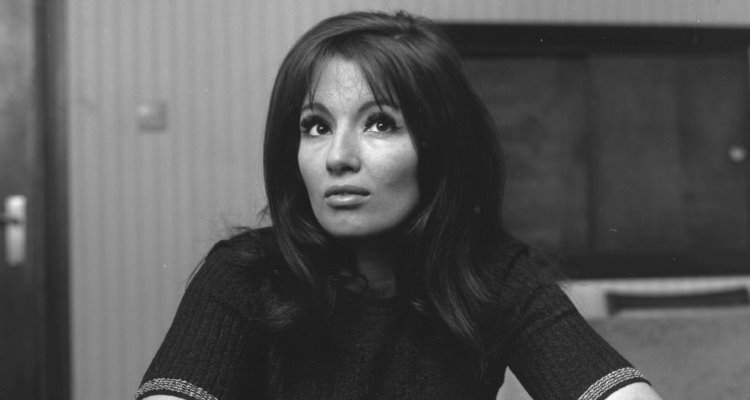 Christine Keeler is not a name that is well known to North Americans but to British citizens of a certain age, Keeler was a model who accidentally toppled a government! Unfortunately, she passed yesterday at the age of 75, and now, many are remembering the British “sex-and-spy” scandal and want to know more. In this Christine Keeler wiki, we’ll examine the life of Christine Keeler. From her early life to the Profumo affair to Christine Keeler’s cause of death, you will read about all the major points in the fascinating story of Christine Keeler.

Christine Keeler was born Christine Margaret Keeler, on February 22, 1942, in Uxbridge, Middlesex, England. Shortly after her birth, her biological father abandoned the family. Keeler’s early years were rough. She grew up in a house that was made from two railway carriages. Keeler was sexually abused in her teenage years by her mother’s lover and his friends for whom she would babysit. By the age of 17, Keeler was pregnant with the child of an American Air Force Sargent who was stationed at a nearby base. The child was born prematurely and did not survive past 6 days. In the summer of 1959, Keeler would head to London and her life and the country would change forever.

Keeler soon began working at Murray’s Cabaret Club as a topless dancer. While working there, she began a friendship with Stephen Ward, an osteopath and an artist, who was very well connected in English social circles. Ward would end up painting one of the most famous Christine Keeler images/photos, naked with her private parts shrouded in shadow. Through Ward, Keeler would meet John Profumo as a neighboring party spilled together with one of Ward’s parties. Apparently, Keeler had been trying to cover herself up with a skimpy towel after skinny dipping when she was introduced to Profumo. At that time, Profumo had a spot in the English government as the Minister of War.

At the same time, Ward had become friends with Yevgeny Ivanov, a naval attache to the Soviet embassy, as well as an intelligence officer in the Soviet GRU. British intelligence had contacted Ward about the idea about possibly feeding Ivanov information or even helping defect if that was a possibility. They also thought they had a great candidate for a honeypot trap for Ivanov in Ward’s friend Keeler, who Ivanov had taken a fancy to. Keeler and Ivanov soon began an affair and shortly after they started sleeping together, Keeler and Profumo began an affair, as well. All the affairs were short-lived but once government agencies and the press began to get word that it had occurred, all hell broke loose.

The basic thought was, “how loose were the lips of these military men while they were in their afterglow?” Ivanov was quickly recalled back to Russia and reportedly became a heavy drinker. Ivanov’s marriage reportedly never recovered, either. Profumo confessed the whole thing to his wife before coming out to the public. Regardless, the damage to his party was done as the Profumo affair is often cited as one of the major reasons the Conservatives failed to win the next election. Keeler and Ward both ended up with various charges due to perjury on the matter. Ward was set to be sentenced but committed suicide before it could commence.

Keeler went on to live in and out of the spotlight for the rest of her life. She married, at least twice, and Christine Keeler’s husbands gave her two children. Christine Keeler kids included a son named Seymour Platt. She wrote her memoirs on a number of different occasions and they were the basis of a film called Scandal! released in 1989, starring Ian Mckellan, John Hurt, and Joanne Whalley as Keeler. Keeler was a private individual but at the time of her death, it was reported that she had been ill with a chronic obstructive pulmonary disease for a long period of time.