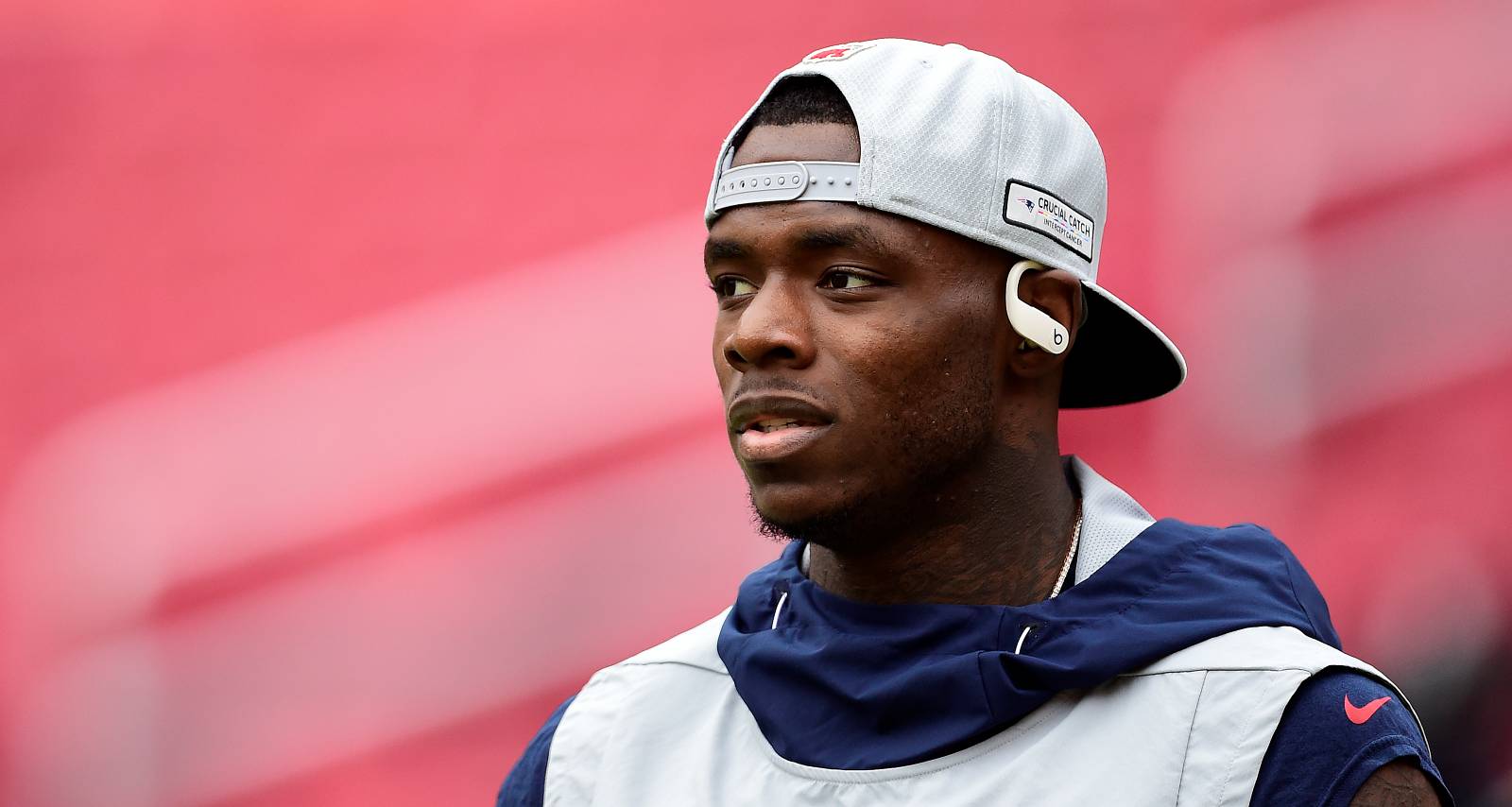 Josh Gordon #10 of the New England Patriots warms up prior to the game against the Washington Redskins at FedExField on October 6, 2019 in Landover, Maryland. (Photo by Patrick McDermott/Getty Images)

Things are not looking so good for Cleveland Browns footballer, Josh Gordon. After the court issued an arrest warrant for the 25-year-old wide receiver, he has now entered an in-patient rehabilitation facility to address his substance abuse allegations. What’s worse, he’s also facing a paternity lawsuit from a woman named Christina Lockhart, who claims he is the father of her one-year-old child. Curious NFL fans want to know more information about the shocking scandal and are searching the Internet for Josh Gordon rehab and Christina Lockhart Maple Heights. Stay right where you are because we’ll tell you everything you need to know about Christina Lockhart, the woman who slammed Josh Gordon with a paternity suit.

Here are four facts to know about the alleged mother of Josh Gordon’s child, Christina Lockhart:

#1 She Is From Maple Heights, Ohio

Christina Lockhart is a resident of Maple Heights, Ohio who filed a paternity lawsuit against Cleveland Browns wide receiver, Josh Gordon, on July 2, 2015. She alleged that Gordon is the father of her now one-year-old daughter, and has been fighting for the toddler’s rights for more than a year. At the time of filing the paternity suit, Lockhart stated that there is no chance of anyone else being presumed the father of her child.

#2 She Is Seeking Child Support for Her Daughter

Lockhart filed the complaint in juvenile court and is seeking child support from Gordon, as she is currently on public welfare. Her attorney, Joseph Stafford, explained that the case was tough for his client and her toddler because it has dragged on for more than a year. In an interview, he stated, “It’s a difficult proceeding because you have an individual who is a professional athlete that doesn’t comply with the court. He knows who the mother is; he knows who the child is, but for whatever reason, he chose to disregard the court’s orders.” Yikes!

#3 A Warrant Was Issued for Josh Gordon’s Arrest

For more than a year, Gordon failed to respond to subpoenas in Lockhart’s paternity suit. Numerous requests to appear in court went ignored, which led to the Cuyahoga County Juvenile Court Judge, Alison Floyd, issuing an arrest warrant for his arrest on August 31. The complaint was initially filed by Assistant Cuyahoga County Prosecutor Kira Kittoe Krivosh. Gordon was ordered to provide a DNA sample by September 25, but ignored the instructions. Oops!

However, it seems that Gordon has had a change of heart and appeared in court on Wednesday, September 28 to submit a DNA sample. His attorney, Kevin Spellacy stated that, “Josh was made aware that he was required to appear in court on a case he was unaware of. He immediately got in touch with us, and we notified the court. He stopped what he was doing and complied with the court order.” The next hearing date is scheduled to take place on November 8, after the DNA test results have been revealed. Luckily for Gordon, his paternity suit would not affect his return from his suspension.

Amidst allegations of excess drug and alcohol usage, Gordon was suspended for four games after multiple violations of the NFL policy on substance abuse. In February 2015, Gordon was banned from playing football and missed the entire season. Thankfully, the NFL Commissioner, Roger Goodell issued a conditional statement in July allowing Gordon to return to NFL after completing his four-game suspension.

Unfortunately, it looks like Gordon’s dreams of returning to his flourishing career will be put on hold because the troubled star has decided to enter an in-patient rehabilitation facility to address his addictions. He issued a statement to the media that said, “After careful thought and deep consideration I’ve decided that I need to step away from pursuing my return to the Browns and enter an in-patient rehabilitation facility. This is the right decision for me and one that I hope will enable me to gain full control of my life and continue on a path to reach my full potential as a person. I appreciate the support of the NFL, NFLPA, the Browns, my teammates, my agent and the community through this extremely challenging process.” We wish him a speedy recovery!