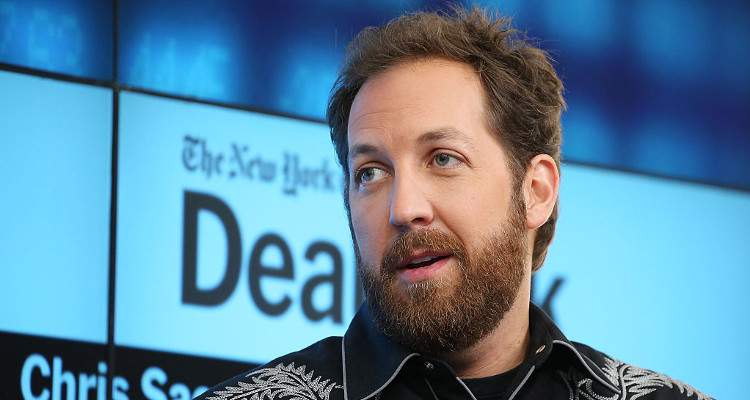 After obtaining the best knowledge academics has to offer, Chris Sacca set out to make his own mark in the world. He made a fortune as a venture capitalist and has a gigantic net worth of more than $1.0 billion and counting. Chris Sacca from Shark Tank invested in promising start-ups. But in April 2017, he announced his retirement from the venture capital world and now spends his time working for charity. Get the scoop on the former venture capitalist right here in Chris Sacca’s wiki.

It’s not easy to stop doing something you really love, but Chris Sacca has done precisely that. Sacca announced that he was retiring from the venture capital world. He announced his decision on April 26, 2017, in a blog post headlined “Hanging up my spurs” and later tweeted about it.

Chris Sacca is a former American venture investor, company adviser, entrepreneur, and former lawyer. Sacca is the proprietor of a venture capital fund named Lowercase Capital, which invested in seed and early-stage technology companies like Uber, Twitter, Instagram, Kickstarter, and Twilio. He has also appeared as a “Guest Shark” on ABC’s Shark Tank in 2017.

Born on May 12, 1975, in Lockport, New York, Chris Sacca’s age is 42. His mother was a professor and an author in the field of education, and his father was an attorney. Sacca has said that his parents were very involved in his upbringing and exposed him to a variety of interests, like taking him to science museums, book readings, and cultural events.

Chris Sacca was proficient in mathematics and attended advanced math classes in his school. He studied at Lockport High School before attending university where he spent semesters at institutes like Pontificia Universidad Catolica del Ecuador in Ecuador, University College Cork in Ireland, and the Universidad Complutense in Madrid, Spain.

Sacca’s career began when he joined Fenwick & West in Silicon Valley as an associate where he worked on venture capital, mergers and acquisitions, and licensing transactions for technology companies. However, he was laid off after 13 months.

After that, Sacca attended every networking conference and worked odd jobs in Silicon Valley until he landed a job at Google in November 2003. After gaining valuable work experience at Google as a corporate counsel and investor, Sacca quit to start his own venture capital company called Lowercase Capital. He invested in tech companies, but he also invested in non-tech ones like Blue Bottle Coffee Company and a high-end restaurant in Truckee.

So thrilled to have the chance to invest in this awesomeness!

In January 2016, Sacca started appearing on the reality television show Shark Tank and invested in companies like Hatch Baby, Bee Free Honee, BrightWheel, and Rent Like a Champion. Now, Sacca has left the program because he felt that it was about time.

Sacca is still young and reportedly has other interests, not that he has to worry about money anymore! After all, Chris Sacca’s net worth is over $1.0 billion and growing!

The American investor now spends time contributing to philanthropy and even has his own charity named Water. It is a non-profit organization that seeks to bring clean drinking water to every person on the planet.

While working hard and making his money to become a billionaire, Sacca has been busy in his personal life as well. Chris Sacca’s wife is Crystal English, and she is an advertising creative. The couple has three children and is a very close-knit a family.

With a huge treasure chest of over $1.0 billion, a loving family, and a heart full of idealism, Chris Sacca is making a positive difference in our world every day.