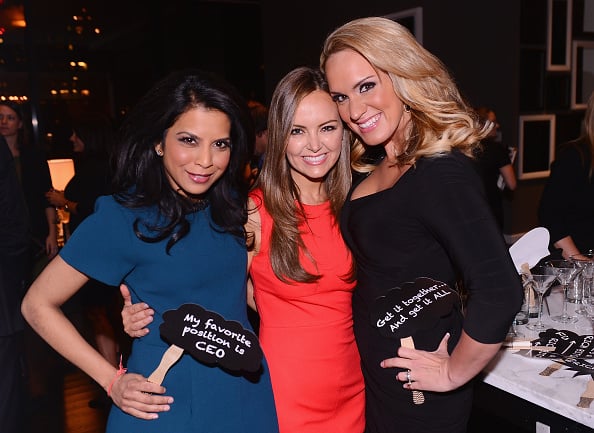 Scottie Nell Hughes is best known for her role on CNN as a political commentator during the 2016 U.S. election—to be more specific, she’s an avid supporter of Donald Trump, who signed on to the network during the rise in popularity of the billionaire’s campaign. She was a pro-Trump panellist on the national network, and attracted a lot of attention for her heated ‘discussion,’ shall we say, with Ana Navarro, regarding a controversial video from Trump’s past. It even gained her an impersonation by Cecily Strong on “Saturday Night Live!” After her contract with CNN ended, she began appearing on Fox. But she’s recently returned to the tabloids amid accusations of an affair and alleged sexual harassment. With all of these stories plastered in the media, many are left wondering: who is Scottie Nell Hughes married to? Scottie Nell Hughes’ husband, Christopher Hughes, may be left in the dust after this scandal is over. Curious to know more about this political commentator’s husband? Keep reading our Chris Hughes wiki for all the important facts you need to know.

He Specializes in Luxury Home Building

Scottie Nell Hughes and Chris Hughes have been married for quite some time, though he tends to stay out of the spotlight. Chris Hughes, age 55, is a partner of Hughes-Edwards Builders. The group was created by his father, and has become somewhat of a family business, with he and his brother-in-law joining after the company’s inception. They specialize in luxury homes from “cozy bungalows to sprawling estates.” While Chris Hughes’ job is officially a homebuilder, he’s also a Tennessee Republican Party committeeman, and an Army veteran.

Much like his wife, he was a strong proponent of Donald Trump during his presidential campaign. Hughes was a Tennessee Trump delegate during the Republican primary season, and Heavy reported that “He told the Times Free Press… that the establishment Republicans would try to take Trump supporters’ ‘votes away’ in every state.” Hughes was also a Trump delegate for Tennessee at the Republican National Convention in Cleveland.

They Have Two Kids Together

Scottie and Chris Hughes share two children together; Houston and Alexandra Lynn. Chris Hughes’ kids are nine and ten years old, respectively. While Chris Hughes’ net worth is currently unknown, his wife made over $150,000 annually during her time with CNN. With Scottie’s political presence and his involvement in the luxury homebuilding business, we wouldn’t be surprised if the Hughes family’s collective value edged into the millions!

The Affair That Everyone is Buzzing About…

Chris Hughes seems to be a dedicated family man, but that doesn’t mean his long-time partner has the same philosophy when it comes to marriage and family. Scottie has been the center of a spiralling story of an extra-marital affair with Fox Business Network’s, Charles Payne! It was revealed earlier this week that Payne (host of the popular Fox Business Network television program, Making Money) was accused of having a three-year-long affair with Scottie. Ten sources reported that their relationship was “well-known within Fox News circles” to the Huffington Post! Scottie was working for Fox at the time, and has said that the network dropped her because she reported the affair to their lawyers, claiming that Payne “coerced her into [the] three-year affair.” While Payne, also married, has since apologized for the affair, he denies any and all claims of sexual harassment made by Hughes.

So, where does this leave Chris Hughes, and the rest of Scottie’s family? Well, we’re not completely sure. But if there’s one thing that we do know, it’s that this is an absolute mess—one that we hope gets resolved for both the Hughes and Payne family soon!