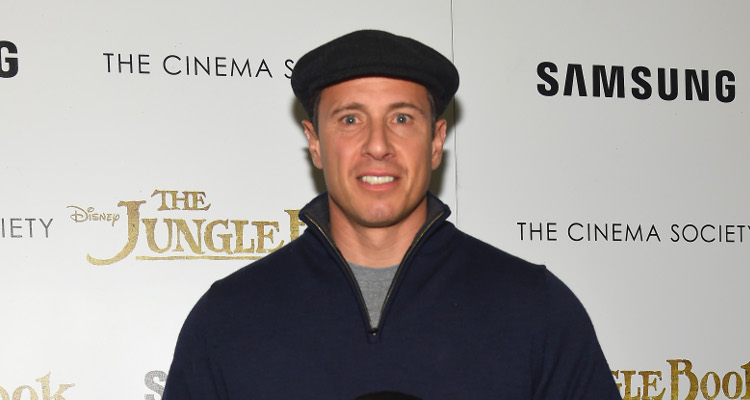 On Thursday night, Kellyanne Conway and CNN’s Chris Cuomo had a lengthy and heated interview over the ongoing Russia investigation. Chris Cuomo‘s net worth is estimated to be $5.0 million. Who is Chris Cuomo? Keep reading for everything you need to know about the CNN anchor.

The heated argument between Trump’s counselor and the CNN anchor has led to many people asking questions about Chris Cuomo. We have all the answers you need, right here!

OH YEAH, STRIPED BASS BABY! 35+ LBS (~4 ft long) of head tossing action in a solid rip. First big mama of the season. Fishin with a good friend on a nice day. Catching was a bonus. If you like this pic but feel for the fish (I don’t). Watch next video. #fishing #stripedbass #hardwork #summer #friends

New Day is not just about news it is about team…even family. Only 4yrs in…and we are already the best-rated morning show in CNN history. The people behind me are why. This is not everyone but you see my tv sister Alisyn, who is a gift to me on tv, and all the minds that make our coverage spot on and smarter than the rest. From EP’s who obsess over the big and the small, to every step we take to bring you what you see, this group gets after it. Every. Damn. Day. I thank them and you – with all of my little, black heart ????

Cuomo started his career as a Wall Street lawyer. However, he decided to pursue a career in journalism. In 1997, he used his surname to his advantage, and bagged a temporary gig on CNBC’s Equal Time.

Though Cuomo was intent on a career in journalism, his father was not really happy with it. “My pop didn’t want me to go into journalism. He used to say, ‘Why do you just cover these things? Why don’t you go out and do them?’” he said.

A couple years later, his family put aside their reservations. At a public event in 2000, shortly after his youngest son was hired by ABC, Mario Cuomo said to a crowd, “No, he’s my son, Christopher, and we’re very proud of him, because he’s gonna be the youngest correspondent ever at 20/20.”

In 2006, Cuomo became an anchor on Good Morning America. While on the show, he took up more serious and investigative projects. In 2009, he was promoted on 20/20 to co-host alongside Elizabeth Vargas.

In February 2013, Cuomo started working for CNN as a co-host for its morning show, making his debut on the network as a field anchor. He is now the co-anchor of CNN’s morning show New Day, and continues to report on breaking news throughout the network’s various programs.

This is the only time Alisyn agrees with me…when she isn’t here.

Chris Cuomo’s wife is Gotham magazine editor, Cristina Greeven. The pair walked down the aisle in 2001, at a Roman Catholic ceremony in Southampton, New York. Their marriage was attended by The View‘s Lisa Ling, actress Lori Singer, and businessman Bill Modell and his wife, Shelby. Cristina Greeven and Chris Cuomo’s kids are Bella, Carolina, and Mario.

Chris Cuomo’s net worth is estimated to be $5.0 million. Most of his wealth is a result of his successful career as a journalist. He appeared on various networks like ABC, CNN, and CNBC. He was also a correspondent for Fox News Channel and the network’s show Fox Files. Cuomo also received multiple Emmy nominations, and won a few Polk and Peabody Awards. His work was recognized with the Edward R. Murrow Award for breaking news coverage, and the American Bar Association Silver Gavel Award for investigation juvenile justice.