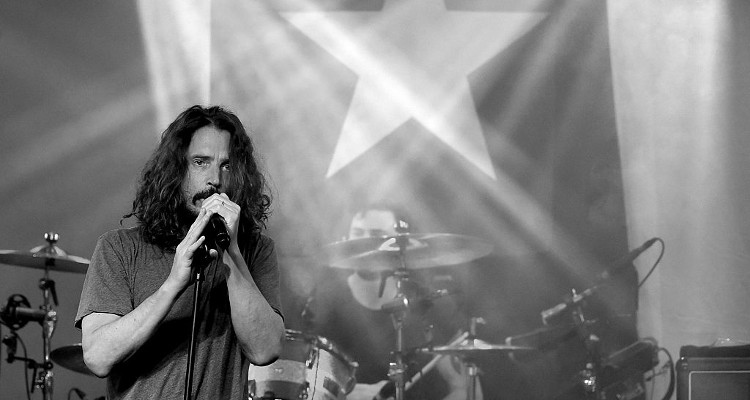 The world mourns the sudden death Chris Cornell, the lead singer of Audioslave and Soundgarden. Fans and the music industry lost Chris Cornell at the age of 52. The grunge artist passed away just hours after performing a show in Detroit, but the cause of Chris Cornell’s death is still being looked into. Who is Chris Cornell? Read our Chris Cornell wiki to get all the details.

Christopher John Boyle aka Chris Cornell was born on July 20, 1964 in Seattle, Washington. He came from a humble Irish background. His father, Ed Boyle was a pharmacist and his mother, Karen Cornell was an accountant. When his parents divorced, Chris and his siblings took his mother’s maiden name. He grew up with five siblings who were also musically gifted. He attended Shorewood High School but dropped out as he spiraled into severe depression, and played music to support his family.

Cornell was married to Susan Silver, the manager of both Alice in Chains and Soundgarden. They have a daughter, Lillian Jean, born in 2000. The couple got divorced in 2004. Cornell was in a legal battle with Silver over his 15-guitar collection, which he won in December 2008.

He has two kids, Toni and Christopher Nicholas Cornell, from his second marriage to Vicky Karayiannis, a Paris-based American publicist.

Cornell’s first job was a seafood wholesaler. He was also a sous-chef at a restaurant called Ray’s Boathouse. In the early 1980s, he joined a cover band called The Shemps and started performing around Seattle. After The Shemps disbanded, Cornell went on to form Soundgarden with Kim Thayil and Hiro Yamamoto.

Soundgarden was formed in 1984 by Cornell, Thayil, and Yamamoto with Cornell originally on drums and vocals. With the induction of  Scott Sundquist as drummer, Cornell shifted his focus to vocals. Sundquist was later replaced by Matt Cameron.

The band was first signed by C/Z Records and released their debut album in 1988. They went to earn a Grammy nomination for Best Metal Performance.

In the 1990s, Soundgarden became a successful band and was counted among the greats like Alice in Chains, Nirvana, and Pearl Jam. Towards the end of the ’90s, creative clashes among the band members appeared and in 1997, Soundgarden announced its hiatus.

Chris Cornell was a talent musician and songwriter. He was highly acclaimed for his extensive catalog as a songwriter and his nearly four-octave vocal range, as well as his powerful vocal belting.

In 1999, he released his solo album, Euphoria Morning in collaboration with Alain Johannes and Natasha Shneider of Eleven. Although the album wasn’t commercially as successful, Cornell received a Grammy nomination for Best Male Rock Vocal Performance in 2000. He hit the road and went on his first solo tour between September 1999 and March 2000.

He formed Audioslave in 2001 with Rage Against the Machine’s Tom Morello, Tim Commerford, and Brad Wilk. Cornell’s songwriting often featured non-standard chord progressions and melodies that do not conform with one diatonic scale. In June 2007, he released his second solo album, Carry On, produced by Steve Lillywhite.

Chris Cornell was born with the voice of a grunge artist. He is a baritone who can also sing the higher pitches of a tenor. Critics have described his multi-octave range and a vocal style as gritty and soulful. The music world has lost another one of the greats but his music will live one. Rest peacefully, Chris Cornell.