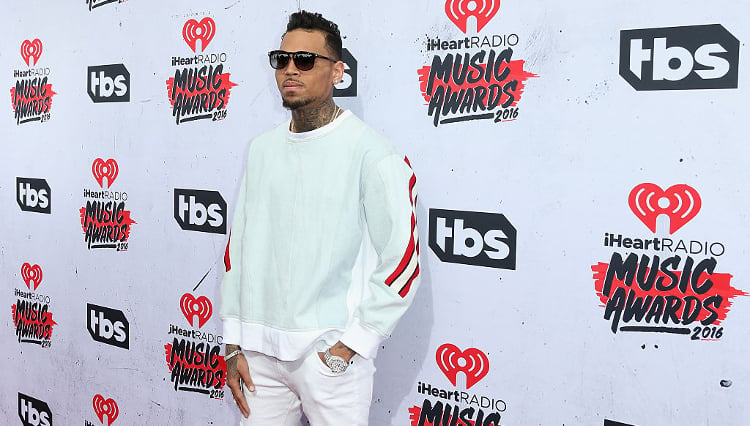 Back in May, Chris Brown released the song “Grass Ain’t Greener” from his latest album rumored to be titled, Heartbreak on a Full Moon. Following that, Chris Brown dropped his new single “Party,” which features fellow stars, Usher and Gucci Mane.

Around midnight on December 15, Chris Brown released the song and music video featuring Usher and Gucci Mane. The video stars the three artists and a group of kids bringing the house down with their dance moves to the uptempo music.

The upbeat song is aimed at the club scene, but it’s the lyrics that get you moving. Dying to know what Chris Brown is singing in “Party”? Here’s a snippet of the “Party” lyrics.

B*****s dancin’ naked in my livin’ room
She straight out of college, just turned 22
Girl, get your money up, I ain’t even mad at you
Got you all on me, makin’ these n****s catchin’ attitudes
Tell ’em I’m started, my n****s retarded
F*** the judge and the sentence, huh, I got a good lawyer
I got a few girls on the way, baby girl, you ain’t leavin’
It’s my birthday with the cake, f*** it up, then let me eat it

For the complete lyrics of Chris Brown’s “Party” feat. Usher and Gucci Mane, check out Genius.com. Also, don’t forget to watch the music video for “Party” and hope that Brown releases his album soon!