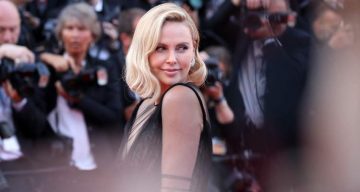 Last year, Charlize Theron was spotted with Halle Berry’s ex, Gabriel Aubry, and fans were already convinced that they were an item. A source close to them revealed that the couple were allegedly keeping their relationship a secret! So, is Gabriel Aubry Charlize Theron’s boyfriend in 2018, too? Get the full scoop below!

Gabriel Aubry was with Bond actress, Halle Berry. The duo were together until 2010 and even have a daughter named Nahla Aubry. So, how did Charlize Theron and Gabriel Aubry meet? And more importantly, are they still together?

Keep reading to get the latest news!

Who Is Charlize Theron Dating?

Well, we certainly know what it means when someone says that they’re keeping things under the radar. And Gabriel Aubry and Charlize Theron have certainly managed to keep their alleged relationship low-key. But are they even dating?

Fans were sad that Berry and Aubry separated in 2010. But now, they seem to have found a glimmer of hope for the Canadian model and the South African actress.

It was reported that the duo met at their children’s school, and the attraction was instant. Sources also said that the Mad Max: Fury Road star was smitten by Aubry, 41.

The couple was also spotted on the Santa Monica Pier. They were hanging out and it seemed as though they were having a really good time.

Some sources have even said that the couple is “really into each other.” However, since their relationship is relatively new, they want to keep it a secret.

The couple’s kids, Jackson and Nahla, seemed to have bonded well during playtime. And it was then that their parents allegedly bonded, too.

Charlize Theon’s dating timeline is not too long, but she’s had her fair share hunks. Theron began as a model and came into the industry looking to make it big.

On her way to stardom, Theron came across many suitors, but none would become her forever match. She was seen with Craig Bierko in the mid-90s and Stephan Jenkins in the early 2000s. The actress was rumored to be dating George Clooney in 2000, too, but the relationship news soon dwindled.

Then, Charlize Theron was associated with Stuart Townsend, and the couple eventually dated from 2001 to 2010. They allegedly met on the sets of Trapped and fell in love.

The duo even got engaged, but the relationship didn’t survive. And five years later, it was revealed that Townsend had a family in Costa Rica after he fell in love with a woman there.

It looks like Theron was smitten by Keanu Reeves after her split from Townsend. It was rumored that The Matrix star was dating Theron in 2010.

In 2017, it was alleged that Charlize Theron found a new boyfriend in Eric Stonestreet from Modern Family. Sources even said that they were always fond of each other and it was only time they fell in love. But Stonestreet laughed off the rumors and released a statement asking people to stop spreading the nonsense.

What’s Coming Up for the New Couple?

While Charlize Theron, 42, is busy with the Sundance Film Festival, fans want to know if things are serious between her and Aubry.

Aubry, on the other hand, has been the face for Versace and seems to be pretty tied up with his daughter.

Theron’s newest movie, Tully, is all set to release in April this year. And you’ll see the actress in a whole new avatar.

Mackenzie Davis is also in the movie and plays a significant role, alongside Theron. The combination strikes as a powerful one, and the story seems different, too.

Theron plays the role of a mother who is still dealing with her post-pregnancy baby weight issues and handling three children. The comical and thoughtful story has already attracted fans ever since the release of the trailer. And, we can’t wait to watch Theron and Davis on the big screen together!

#CharlizeTheron noticed on a date with a new lover. Just a month ago in the media there was information that 41-year-old Charlize Theron twisted the affair with ex-husband #GwynethPaltrow #ChrisMartin, but today on the web there were photos from the actress's date with another man. The new lover of the star was a 40-year-old model and part-time ex-husband #HollyBarry #GabrielAubry. According to insiders, the newly-made couple met through their children: Charlize's son and Gabriela's daughter study at the same school. How long ago it was, nobody specifies, but at the end of May the lovers were spotted on a date in Santa Monica: Theron and Aubry had fun and hugged all the time. It is noteworthy that the rendezvous was attended by the children of the actress. Does this mean that everything is serious? Perhaps, at least, insiders say exactly that: in their opinion, Charlize and Gabriel are crazy about each other, but they do not want to rush things.

But as for the news of Charlize Theron and Gabriel Aubry being together, the couple is truly sticking to their word and staying low. So, unfortunately, fans will have to wait to know the truth!