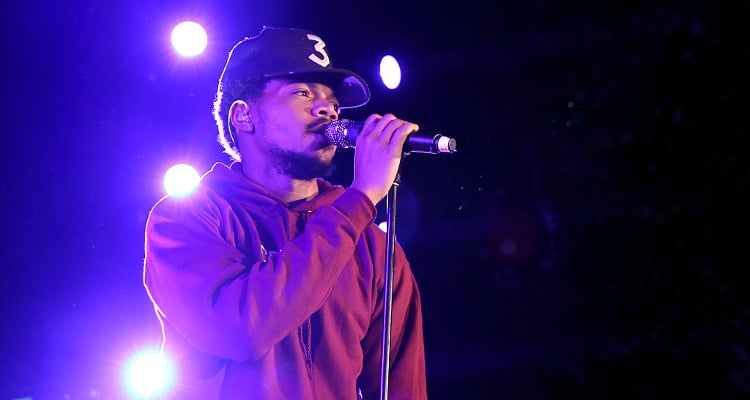 Chance the Rapper has returned with a new mixtape. Surprisingly, it’s a Christmas mixtape! For all the latest on where on you can find a Chance the Rapper mixtape download, and Soundcloud stream, keep reading below.

Everyone likes gifts during the holidays, right? Well we all got a doozy the other night when Santa delivered Chance the Rapper’s new album. Sort of. The twenty-three-year-old artist dropped a free Chance the Rapper mixtape download and it’s a Christmas album. We looked, listened, and got as much information on this new album and what his next musical moves may be.

Chance has had one amazing year. In May 2016, he released the Coloring Book mixtape which was met with rave reviews. Released exclusively to the Apple Music streaming service, it became the first album to chart based solely on streams. Debuting at number eight on the Billboard 200 chart, Coloring Book was streamed 57.3 million times in its first week. That translates to approximately 38,000 in sales. He embarked on the Magnificent Coloring World Tour, performed at the Espy awards, and appeared on Saturday Night Live. All things said, this was a banner year for the young artist. So you would think he would take the holiday season to rest. Apparently, that’s not the case.

Dropping on Thursday (December 22), Chance the Rapper’s Christmas mixtape dropped on Soundcloud. The album is called Merry Christmas Lil’ Mama and is all about Christmas, a rarity in the world of hip-hop. Aside from hip-hop covers to classic carols, the two best known Christmas hip hop tracks have been “Christmas in Hollis” by RUN DMC, and “Santa Claus Goes Straight to the Ghetto” from Snoop Dogg. For the release, Chance teamed up with Jeremih to create something really interesting. This is an incredible hip-hop Christmas album and is definitely worth a listen. Let’s hope we get a Chance the Rapper merry Christmas album download on iTunes soon.

Where Can You Find It, and What’s Next?

If your curiosity has been piqued, you should know that you can stream Merry Christmas Lil’Mama from Chance the Rapper’s Soundcloud page, or find a link from his official web site. As for what the rapper has in store next, it doesn’t appear to be much right now. No Chance the Rapper new tour on the horizon or any word of a new album. Then again, we didn’t know he was doing an entire Christmas album either, so he might have something new up his sleeve for 2017. We’ll just have to wait and see.