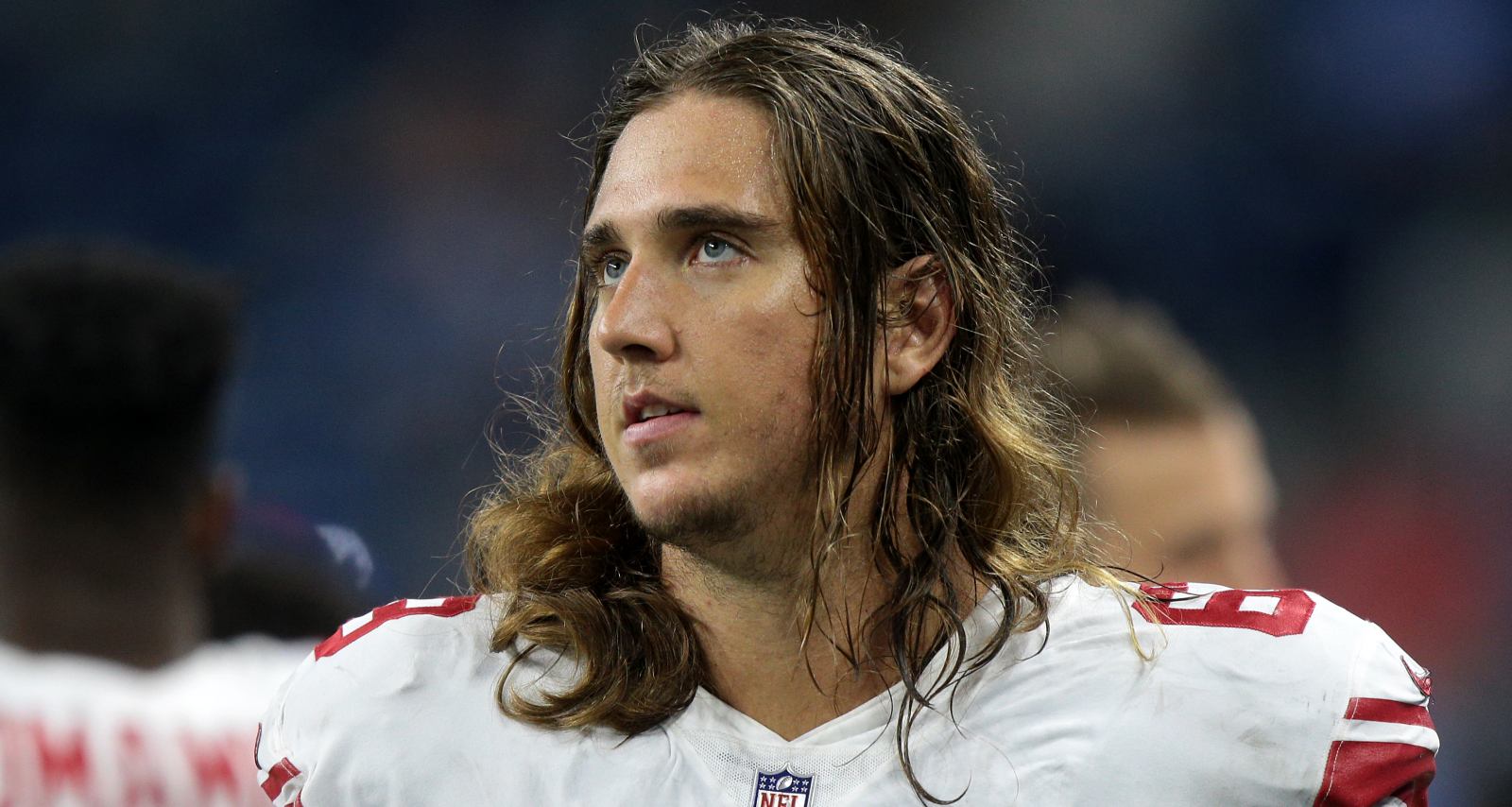 Chad Wheeler during an NFL football game against the Detroit Lions in Detroit, Michigan USA. (Photo by Jorge Lemus/NurPhoto)

Pro football player Chad Wheeler was arrested on January 23, 2021 on suspicion of felony domestic violence. Following his arrest, the Seattle Seahawks waived him off, effectively ending his NFL career. He built an estimated net worth of $1.5 million across seven seasons. Social media users are of the opinion that financial problems are in the near future for Wheeler, with his mounting legal fees.

Chad Wheeler was born on January 19, 1994 in California. His collegiate career was rife with concussions, off-the-field injuries, and even a violent episode.

Wheeler received mixed draft projections but was not picked in the NFL draft. The New York Giants instead signed him as an undrafted free agent in April 2017. They signed him on a three-year contract valued at $1.68 million, which includes $30,000 guaranteed and a signing bonus of $20,000.

He was mostly backup tackle, but made his regular season debut in October 2017. The Giants put him on the injured reserve list in 2019, before waiving him with an injury settlement.

The Seattle Seahawks signed him onto the practice squad that same year. He was promoted to the active roster in January 2020.

The following table illustrates Chad Wheeler’s earnings throughout his career.

Chad Wheeler was arrested on January 23 on suspicion of felony domestic violence. The alleged incident reportedly happened in Kent, Washington.

According to police and court documents, Wheeler “viciously” attacked his girlfriend and attempted to strangle her. The victim texted friends and family, and even Wheeler’s father, to call 911.

Police officers who arrived on the scene forced entry after hearing her scream. They attempted to subdue Wheeler with a Taser.

An uproar followed news of his arrest. The Seahawks, the NFL, and even football watchers demanded justice for the victim.

According to reports, Wheeler had stopped taking his medication for bipolar disorder in the days leading up to the attack. In a statement by the Seahawks, they also urged him to get the help he needs.

In the same statement, the Seahawks said that Wheeler had been waived off the team. His contract stands canceled. Social media users believe it will be the end of his football career.

He broke his silence on the incident via Twitter on January 27, saying he is “deeply sorry” and “truly ashamed” about what happened.

“It is time for me to walk away from football and get the help I need to never again pose a threat to another,” his statement said.