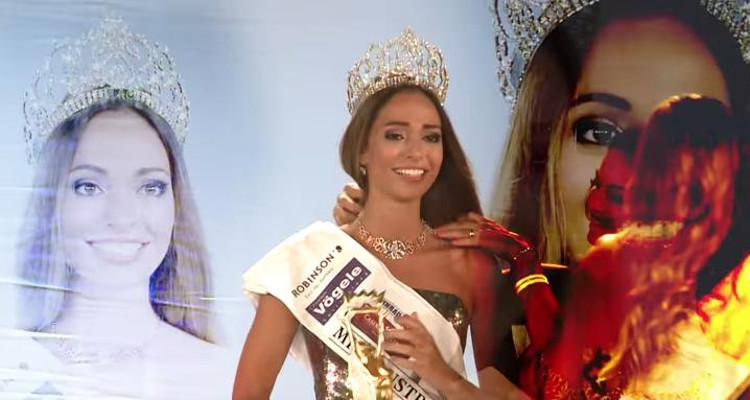 Miss Universe 2017 is just a few weeks away, and now that all the beauties have gathered in Las Vegas, fun times never seem to end! One such fun-loving beauty is Miss Austria, Celine Schrenk. If you are waiting for her to be crowned Miss Universe 2017, then you need to go through our Celine Schrenk wiki to get to know her better!

Which beauty will win the most coveted title in the world? While everybody anxiously awaits Miss Universe 2017, we are providing you with details on every contestant so that you can get to know them better before the show begins. So, here is Miss Austria Celine Schrenk’s wiki, along with some of her hot pics.

The Miss Universe 2017 contestant is currently pursuing her degree to become a teacher. She loves being around children and when she’s taking a break from studying, she tutors kids in sports.

Schrenk has said that she would love to have children of her own someday. But since she doesn’t have time for that right now, she loves to work with children on various social projects instead.

Born on June 20, 1998, Celine Schrenk’s age is 19. Ever since she was little, Schrenk always knew she was going to become a model or an actress. She was inspired by her mother to take up pageantry.

And by showing up on a world stage like Miss Universe, Schrenk hopes to inspire many young women in Austria to follow their dreams. It’s a noble thought process, and if she wins the competition, she will be able to make a huge impact on women in her hometown.

Schrenk hails from Ganserndorf, Austria, The country is known for its chilly weather and picture-perfect landscapes. Anybody who visits Austria knows that the hilly country looks straight out of a fairy tale.

Austria has never won a Miss Universe contest in the past. So, if Schrenk wins it, she and Eva Rueber-Staier, who won the Miss World 1969, will be the only two women to have gained world stardom for the country.

The current Miss Austria speaks three languages—English, Armenian, and German. Celine Schrenk’s nationality is part Austrian and part Armenian. She states that her positive attributes are openness, authenticity, and cordiality.

Schrenk loves to play the piano, edit films, dance, and watch movies. Her anytime read is Fifty Shades of Grey.

The reigning Miss Austria loves to travel, as well. She gets excited by the fact that her job allows her to travel more, and she can’t wait to find the proper channel to put Austria out in the world!

The young woman is spirited and spontaneous, and she considers her older sister who she grew up with to be her role model.

Schrenk is reportedly single now, but when she won the Miss Austria crown, news about her dating a guy named Matthias had broken out. Although these were only speculations, she has known Matthias for three years and he is in the Army.

“My friend is very proud of me! And he does not mind that I’m posing in lingerie. There’s nothing wrong with it – it’s like a bikini.” Explained Schrenk when asked if Matthias had any problem with her line of career.

The duo only gets to see each other on weekends. But now with the hectic schedule of the Miss Universe pageant, their speculated relationship has turned long-distance!

A Beauty with Brains

Celine Schrenk’s Instagram account is flooded with some amazing pictures of the beauty, as she obviously doesn’t shy away from the camera. She is young, bold, and wants to do something big for her country.

Check out some of these Celine Schrenk hot pics.

Eyes on the Prize

A Great Pair of Legs