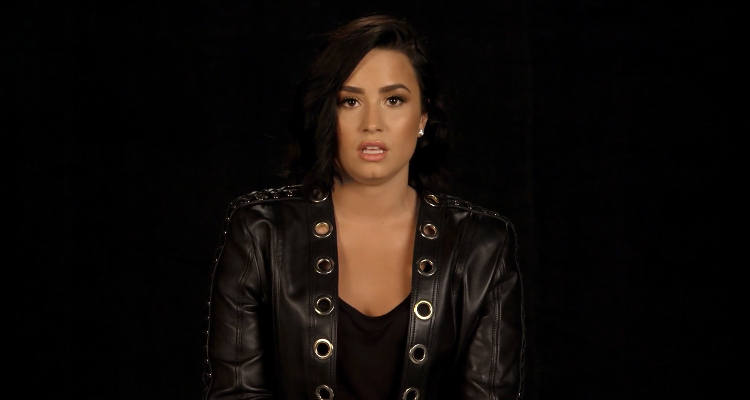 Hollywood actors and singers have condemned the Dallas shooting incident, in which ten police officers were gunned down by snipers from elevated positions during a peaceful Black Lives Matter rally. Following the tragic incident, celebrities reacted to the Dallas shooting on Twitter and the reactions have been huge.

In the latest news, after five police officers were shot and killed by snipers at a Black Lives Matter protest in Dallas, Texas, several others were injured during a peaceful protest that took place after two American-African men were shot by police officers in Minnesota and Louisiana. Both incidents were captured on video in what appeared to be unprovoked attacks. The cops involved in both the police brutality incidents have been suspended and placed on administrative leave. According to a statement released by Chief Brown from the Dallas Police Department, no suspects have been taken into custody as of yet for the Dallas shooting.

Celebrities like singer-actresses Demi Lovato and Mandy Moore, actor Don Cheadle, singer John Legend, How to Get Away With Murder actors Jack Falahee and Matt McGorry as well as comedian Kumail Nanjiani reacted to the sad news in a series of tweets condemning the tragedy. Several other celebrities posted their condolences for the families of the slain officers, as well.

It is truly tragic when a vicious few turn a peaceful protest into a bloodbath. Horrific and sad. #nomoreviolence

These Dallas shootings are horrific. Killing these officers is morally reprehensible and completely counterproductive to keeping us safe.

Being against cops killing is not equal to being for killing cops. We need peace in our streets.

My heart hurts. God help us.

Sick, misguided mfs all around!

My heart is with the families of the officers who lost their lives tonight and those who were shot. ❤️ https://t.co/NY47TlPNfb

The unending heartbreak on the news is just beyond devastating & infuriating. I’m at a total loss. #AltonSterling #PhilandoCastile #Dallas

What is going on America?

There is tragedy. We answer it with tragedy. We demand justice. We seek vengeance. We hang our heads in sorrow. Sad week in the US of A

This is HORRIBLE! Dear god. This is not what anyone wants…Peaceful protesters do not equal rioters do no equal active shooters.

If you actually think BLM is excited about dead police officers, you know nothing about the movement. https://t.co/zglZWsguyS

Now CNN reporting up to 9 police officers wounded during protests in Dallas. It feels like our country is unraveling…

I’m sobbing in bed right now! How can we possibly still live in such a horrible violent world? How can this actually be humanity!?!?

Killing cops is not going to further a cause. Dumb dumbs

At some point there must be a farewell to arms. An end to reciprocal retribution. A higher and greater consciousness.

Violence and murder is not the answer. Man. We need peace and justice in this country. Every day another tragedy. This has to stop.

Those who hate us and fear us cannot bring us down.
*looks around.*
I love you. Good night.

There is really only one race: the human race. The pigmentation of one’s skin cannot depict the way in which we are treated. End this.

This is not the answer. https://t.co/QOV9AEVbsC

Tell me I just watched a video of the alleged Dallas suspect in a camp shirt STANDING on the street while shots were fired….

Understand that all this shit is curated. Fear campaigns. To keep us in our place. Scared. At home. In hopes of mental deterioration.

Prayers are with Dallas and the @DallasPD…Lord Jesus what is happening?!!

#AltonSterling #PhilandoCastile #Dallas – can’t keep up w/ it all. Head down working everyday with these brothers incarcerated at Pendleton.

So Dallas P.D. issued a picture of a random black man and said he was the suspect? Like, literally what the fuck. This is bad bad bad bad.