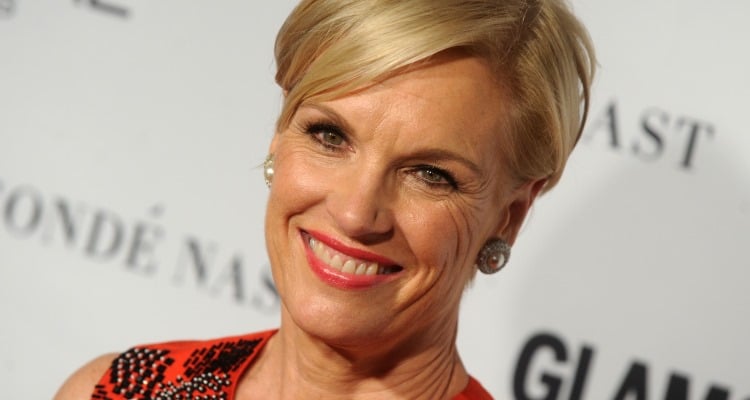 For some reason, people think that just because Planned Parenthood came out in full support of Hillary Clinton, Richards is going to address Bill Clinton’s infidelity. They’re referring, of course, to the affair Bill had with intern Monica Lewinsky back when he was president of the United States. This is something that is old news, and Richards rightfully refused to address this event in her DNC speech telling Time magazine that the endorsement was for Hillary, so Bill’s sex life was irrelevant. So, if you were hoping for some juicy drama to unfold between Cecile Richards and Bill Clinton tonight, we’re sorry to crush your hopes because that won’t be happening.

She’s the Daughter of Ann Richards

Cecile Richards’ family also has Ann Richards, Cecile’s mother, to add to its roster of brilliant, women in positions of power. Ann Richards was the 45th governor of Texas and only the second woman to hold that position in history. She was well known for her open feminist outlooks and her apt (and often hilarious) one-liners. She came on to everyone’s radar at the 1988 Democratic National Convention where she gave the keynote speech. In it, she recycled an old quote by cartoonist Bob Thaves about Ginger Rogers, but updated it to fit her topic of discussion: “But if you give us a chance, we can perform. After all, Ginger Rogers did everything that Fred Astaire did. She just did it backwards and in high heels.”

She Founded the Texas Freedom Network

In 1996, Cecile Richards founded the Texas Freedom Network in an attempt to counter the harmful work done by the Christian right. The Texas Freedom Network aims to allow for freedom of religion but without stepping on the human rights of others. Initially, the foundation focused on education but extended to deal with the matters of hate crimes, gay rights, and the separation of church and state in schools. Its biggest fight thus far was against Don McLeroy and his plan to introduce Bible studies in Texas schools.

She Is Not in It for the Money

Contrary to what the far right may want you to believe, Cecile Richards isn’t rolling in the dough as the head of Planned Parenthood. In fact, the Cecile Richards salary is estimated to be only $524,000 per year. That’s pretty measly compared to some of the other politicians and presidents of organizations out there. It goes to suggest that Cecile Richards likely doesn’t do this for the big money it brings her, because it doesn’t bring her big money at all. She does it because it’s a cause she truly believes in—and we think it’s admirable for someone to continue doing a seemingly thankless job, in which her character and intentions are constantly questioned all because she truly believes in its worth.

Be sure to catch Cecile Richards’ DNC speech tonight!