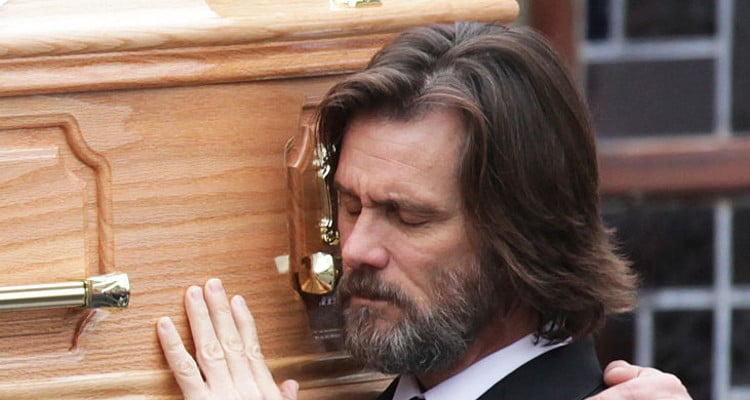 Though Cathriona White committed suicide last year, the repercussions continue to trouble actor Jim Carrey. The actor is defending himself against allegations that he gave her STDs and drove her to her death. Carrey denies all of these allegations.

Though Cathriona White died in September of 2015, her death continues to haunt actor, Jim Carrey. White was Carrey’s girlfriend for a while, before she was found dead in her home from multiple drug overdoses. Cathriona White’s death by overdose was confirmed by an autopsy report. Since then, Carrey has been at the receiving end of accusations from Cathriona White’s husband and her mother, that he drove her to suicide. Carrey has denied these charges vigorously through his battery of lawyers and representatives. Cathriona White’s letter, which she wrote to Carrey just before her suicide, is at the center of the lawsuit filed by White’s mother and husband. Cathriona White was just 30 years old when she died. Check out Cathriona White’s wiki page on the Internet.

At the center of this controversy lies this letter that White wrote to Carrey, just before her death. In it, she accuses Carrey of giving her three STDs (sexually transmitted disease), a fact that Carrey denies. He has claimed that he did not give her those diseases and that she might have picked them up from someone else. This matter was discussed between White and Carrey through text messages. The transcript of these messages have been submitted to the courts by Mark Burton, Cathriona White’s husband.

Both White’s mother and White’s husband have filed cases against Jim Carrey, alleging that he was responsible for White’s death. They have said in their suit that Carrey gave her the STDs and then put pressure on her to deny that he was the one responsible. They have claimed that Carrey called White terrible names, intimidated her, and finally dumped her when she was in an unstable state. This cruel behavior drove White to commit suicide. Both White’s mother, Brigid Sweetman and Burton have filed a wrongful death lawsuit against Carrey.

Carrey has not spoken about this matter directly, but his representatives and lawyers have swung into action to protect the Hollywood star. Sweetman has claimed that Carrey tested positive for STDs in a test taken on January 28, 2013. She claims that he took the test under the assumed name, Jose Lopez. Sweetman is confident that Carrey gave her daughter the STDs, which made her daughter very scared for her life. The three diseases in question are herpes type 1, herpes type 2 and Chlamydia. Sweetman says that Carrey manipulated, shamed, exploited, and threatened her daughter. He used his handlers and lawyers to put pressure on her to sign a document denying that Carrey gave her the STDs.

Sweetman says that her daughter was frightened and signed the papers in question. White struggled emotionally with what Carrey had done and was in a depressed state for months before ending her life. White’s husband has also claimed the same as her mother and claims that this is a significant cause of his wife’s ultimate suicide. Both Burton and Sweetman share the same lawyer. Burton also claims that Carrey gave White the illegal drugs that she used to commit suicide. Carrey has dismissed all these allegations and claims that these are simply ways to extract money from him. Carrey did attend Cathriona White’s funeral and was a pallbearer.

A Tragic Loss of Life

The matter is now in court, with both parties accusing each other of wrongdoing. The matter will hopefully be sorted out by the court in due time, however that does not change the fact that a young life has been tragically lost and this could have been avoided. Cathriona White’s Instagram page and Cathriona White’s Twitter page are full of happy pictures of her. This is what makes this loss even more heartbreaking. She was a happy person before things went bad for her. All this wrangling and accusing cannot bring her back. Her young life has been lost and this is a tragedy for all concerned. We can only hope that this matter is settled by the courts and that White receives the dignity in death, which was denied to her when she was alive.