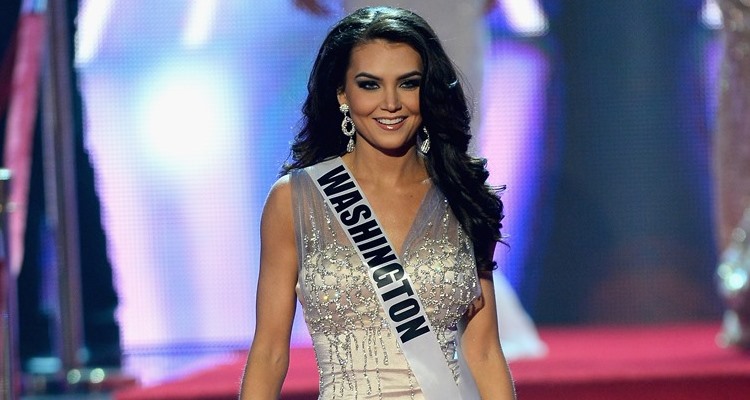 After Access Hollywood released a tape of Donald Trump lewdly speaking about women to ­Billy Bush, several women have come forward to say that the presidential candidate sexually harassed them. This may have come as a shock to many Trump supporters, as the candidate stated in the second presidential debate that he has never sexually assaulted a woman in the way he described in the tape, and dismissed it as “locker room talk.” One of the women who came forward said that Trump actually did touch her inappropriately. This woman is Cassandra Searles, Miss Washington 2013, whose claim was originally made several years ago and is now resurfacing. “Cassandra Searles accuses Donald Trump of sexual harassment” is the headline making news today, and this Cassandra Searles wiki will give you everything you need to know about her story.

She Claimed Trump Constantly Hit on Her

Several of the women who came forward were former contestants on Miss Universe, which Donald Trump ran from 1996 until 2015. Cassandra Searles claimed that while she was participating in the pageant, Trump would line up the women and treat them like cattle. Cassandra Searles’ Facebook post also said, “He probably doesn’t want me telling the story about that time he continually grabbed my a** and invited me to his hotel room.” Observing Searles’ pics from her Miss Universe pageant, it’s clear how beautiful she is; yet that does not give anyone the right to objectify her, or the other pageant women.

She originally addressed the post to her fellow Miss USA contestants, and many of them added to the comments with their own similar experiences! Yikes!

She Believes Trump is a Misogynist

In the Facebook post, Searles expressed how disgusted she was with the thought that Trump could become the leader of the country. She wrote, “Oh I forgot to mention that guy will be running to become the next President of the United States. I love the idea of having a misogynist as the President. #HeWillProbablySueMe #iHaveWorseStoriesSoComeAtMeBro #Drumpf.”

She’s Working on Her Law Degree

Cassandra Searles’ age is 28 and she is currently studying law at the Seattle University School of Law. She worked at Sterling Bank, and as the executive producer of the Miss Seattle Scholarship Organization. She graduated from the University of Washington-Bothell in 2012 with a Bachelor’s Degree in Business Administration. She also focused on Management and Marketing.

Rolling Stone reported that soon after the videotape was released from Access Hollywood, allegations resurfaced that he entered the Miss Teen USA dressing rooms, where girls as young as 15 changed their clothes! Tasha Dixon, Miss Arizona, said his employees would encourage the contestants to give Trump extra attention when he freely entered their change room. She and the other girls felt extremely vulnerable being half, or completely naked and then being pressured to “fawn all over him.” Trump later bragged about doing exactly as they described in 2005 on Howard Stern’s show. He said, “You know, no men are anywhere. And I’m allowed to go in because I’m the owner of the pageant . . . you know, they’re standing there with no clothes . . . and so I sort of get away with things like that.”

With the rise of these allegations, Trump will have a lot to answer to in the weeks ahead.